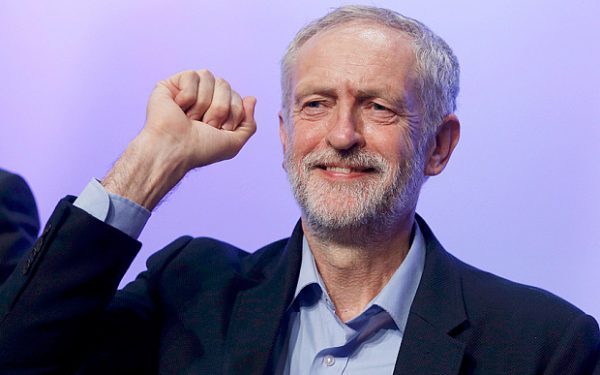 Jeremy Corbyn becoming leader represented a big shift to the left in the British Labour Party. But from day one the mostly right-wing Labour MPs have been plotting to get rid of him.

The one thing they didn’t want was Corbyn leading Labour into the next elections. Labour’s Right thought they had some time up their sleeve, but with a post-Brexit election looming quicker than they expected, they decided to strike. Brexit has also provided them with an excuse, in that Labour’s referendum campaign didn’t go so well.

Labour’s referendum problems are hardly all down to Jeremy Corbyn. Labour’s “Remain in the EU but Reform it” message confused many Labour voters, although two thirds of them actually did vote for Remain.

The other third of Labour voters plumping for Brexit represents more than a racist reaction against migrants. It is also a working class response to the disastrous neo-liberal policies of both the Tory government and the European Union. Corbyn’s pro-worker and anti-austerity platform addresses their needs better than the Tory-Light policies of the Blairite Labour parliamentary majority.

, with a left-wing party base and a right-wing majority caucus at Westminister. This looks less and less sustainable.

Of course the best solution to this problem is electoral reform, moving to proportional system to accommodate multiple parties, as in our MMP parliament.  Caroline Lucas, Britain’s Green MP, is right to put proportional representation on the agenda. Worried about Tory-UKIP-DUP government coming to power in an early election,

Lucas has called for

a “progressive alliance” of parties (Greens, Labour, Plaid Cymru and Lib Dems) central to which would be “a commitment to proportional elections for the House of Commons and an elected second chamber.” She said “there is an urgent need to make a stand against any austerity and the slashing of environmental legislation, human and workers rights, that may come with Brexit.” Lucas also envisages this alliance cooperating with a pro-EU Scotland. [The Scottish Greens supported independence in the earlier Scottish referendum.] In the referendum campaign itself the Greens had the strongest pro-migrant message,

as seen in this video

Jeremy Corbyn might not have many allies in the parliamentary caucus, but he knows he has support within the party membership. One of his caucus supporters, Diane Abbott MP,

wrote in the Guardian

that it wasn’t really the Parliamentary Labour Party versus Jeremy Corbyn. “this is the PLP versus the membership. It is the inhabitants of the Westminister bubble versus the ordinary men and women who make up the party in the country. “

The real debate within Labour is a political debate, with the left against a parliamentary majority with some incredibly right-wing positions. For example, what is mind-boggling for nuclear-free Kiwis is that most British Labour MPs support the renewal of the Trident nuclear submarines, costing upwards of 30 billion pounds.

To date sitting British Labour MPs have been able to insulate themselves from grassroots party criticism by not being subject to the democratic candidate re-selection processes which are mandatory for New Zealand political parties. This may change if Jeremy Corbyn (or another left-wing candidate) wins the impending leadership election.

Even Angela Eagle, tipped to be Corbyn’s main opponent in a coming leadership election, does not have the support of her local branch.

reporting that the constituency AGM was “overwhelmingly behind Jeremy continuing as Labour leader” and asked her “to reject the [parliamentary] motion of no confidence in Jeremy.”

The feeling in Labour’s grassroots is clear. There wouldn’t be many votes for Ms Eagle among the 60,000 Britons who have joined the Labour Party in the week since the no-confidence vote.  And