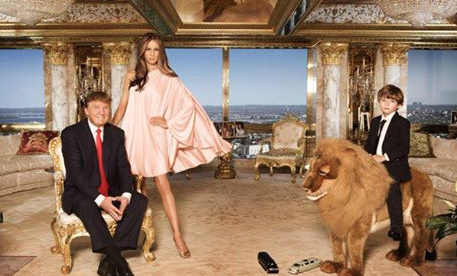 How do we counter the right-wing populist currents emerging in several Western countries? The Trump victory shows that backing a liberal establishment alternative, like Hillary Clinton, is not a successful strategy.

It’s pretty obvious, and polls back it up, that if Bernie Sanders had been the Democratic candidate he’d have won. Only a radical campaign could have beaten Trump. After the election,


“Donald Trump tapped into the anger of a declining middle class that is sick and tired of establishment economics, establishment politics and the establishment media. People are tired of working longer hours for lower wages, of seeing decent paying jobs go to China and other low-wage countries, of billionaires not paying any federal income taxes and of not being able to afford a college education for their kids—all while the very rich become much richer.”

Only a radical critic of Wall Street like Sanders could have effectively exposed the fraudulent nature of Trump’s anti-establishment credentials and countered his resort to racism, sexism and xenophobia.

What of the future? Some say the answer is to reform the Democratic Party so that next time it can have a more progressive candidate. But that is an impossible mission in a party beholden to big moneyed interests and run by officials desperate to hold on to the reins of power. They did everything possible to stop Sanders becoming the Democrat presidential candidate.

The answer lies outside the Democratic and Republican parties, and their domination of US politics under its first-past-the-post electoral system.

Change is already beginning. The first state to move away from first-past-the-post voting is Maine, where last week citizens backed “ranked choice” voting in a referendum.

A more preferential voting system will help radical third parties like the Greens, whose presidential candidate Jill Stein garnered over one million votes, despite being marginalised by the media.

that Stein’s campaign received 3 seconds of coverage on corporate media for every 1,700 minutes for Trump and every 1000+ minutes for Hillary Clinton.


After the election Jill Stein acknowledged

“the very real pain that so many Americans are feeling. We cannot and will not concede to what a Trump presidency represents for people of color, women, immigrants, Muslims, LGBT folks, the poor and working people.” Stein’s catch-cry was “don’t mourn – organize” as she listed upcoming community actions, including protests in Washington this month against the TPPA and “Occupy Inauguration” protests in January.

The NZ Greens tuned in to Stein’s message when they refused to support a parliamentary motion congratulating Donald Trump.

“to fight the climate change denial, the misogyny, the racism. We will not let hate triumph.” That stand was in the spirit of tens of thousand of people who have taken to the streets across America to protest the Trump presidency.