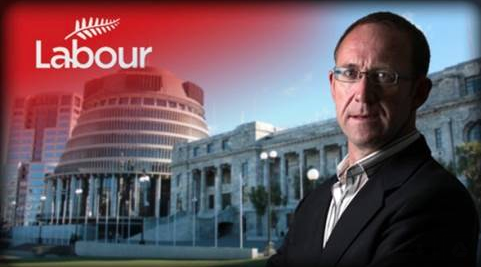 It was good to see two of National’s allies, the Maori Party and United Future, coming out against New Zealand’s military contribution to the US-led coalition in Iraq. Interestingly, United Future’s Peter Dunne

who is supporting US air strikes in Iraq

, Dunne highlighted the problems with Western military intervention, arguing that “when one looks at the history of engagement in the Middle East, over a long period of time… one constant has been that external intervention has inevitably produced failure. “ The “consequence [of military intervention] has been an ingrained and increasing sense of disillusionment and bitterness that gives rise to the next form of expression we might regard as extremist and unacceptable, and which we recognise today as ISIL. So we can go on doing what we have done. We can go on repeating the mistakes of the past. We might feel good that we are making a contribution, but we will not be fundamentally changing anything.”

made a similar point

, that “after half a century of Western military adventures in the Middle East, many, if not most, New Zealanders now know that it has only made things worse.”

If Andrew Little studied the history of US bombing missions in the Middle East he would have to admit that Dunne and Norman are right.

For example, Libya is now a total mess – just four years after US, British and French planes came to the aid of the anti-Gaddafi forces. Yes, Gaddafi fell but what message did the rebel factions take from the victory? That military power is everything. Now the armed rebel factions (including IS) have filled the political vacuum and are fighting among themselves. The result has been a social and economic catastrophe for the Libyan people. In 2011 peace was never given a chance,

even though the African Union was deeply involved in negotiations

for an orderly transition from the Gaddafi regime to more democratic Libya. America, Britain and France ignored the African Union initiative and began the disastrous bombing.

As in Iraq today, the bombing of Libya was explained as urgent and necessary to prevent a massacre. We were told that Gaddafi’s forces were at the gates of Benghazi. No one doubts that the battle for Benghazi could have been bloody, but the overall result of the bombing that year was more people dying, right across Libya. The killing has continued, in one form or another, to the present. The nation is now fractured in a manner that is going to be difficult to rectify.

Similar fratricidal killing followed the US bombing of Iraq in 2003, with the more extreme Shia and Sunni militias attacking each other’s communities. The more recent US bombing against IS targets is probably increasing communal revenge attacks, from both IS and the Shia militias. Such communal hostility is also helping IS recruit Sunni youth.

In his speech to Parliament Andrew Little recognized that IS recruited from the “dispossessed” and the “marginalised”. Unfortunately the number of marginalised and dispossessed youth is growing as US bombing destroys oil installations and other economic infrastructure in the Sunni heartland.

US bombing has also increased the flow of IS recruits from Western countries, some of whom seem to have been radicalised by the suffocating attention paid to them by intelligence agencies. In the highly publicized case of Mohammed Emwazi (“Jihadi John”) the effort to stop him leaving Britain seems to have made him keener to leave.

the he felt like “a person imprisoned and controlled by security service men, stopping me from living my new life in my birthplace and my country Kuwait.”  The increased surveillance powers granted to Western intelligence agencies can be counter-productive.