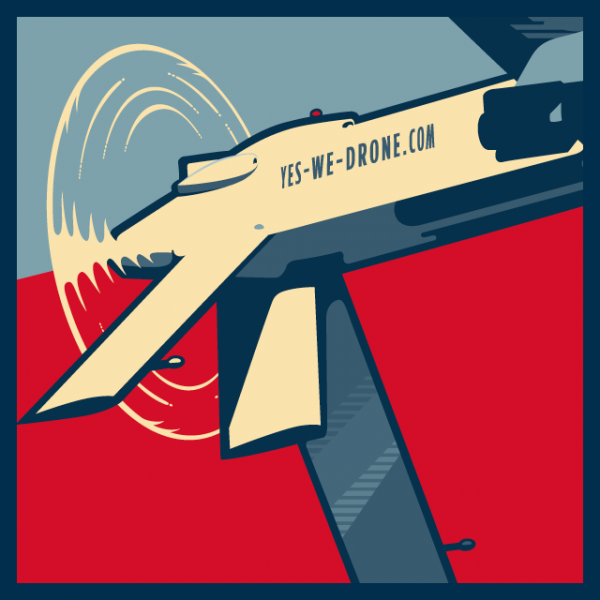 The drone killing of an (unnamed)

should prompt us to look at the ethics of this practice.

We’re told from birth that murder is wrong. Yet drone killings (as conducted by the Obama administration) convey the opposite message, that if you are powerful enough you can murder whoever you like without having to account for your actions.

It’s gangland mentality pure and simple: we will kill you when and where we like if we decide you are a threat. The “we” in gangland is the leader (and a few close associates). The “we” in the case of United States is the President (and a few close associates). The gang leader doesn’t justify himself or herself to anyone, and neither does President Obama. The American people are kept in the dark about exactly who is killed and why. The people are just told they were “terrorists”.

on US drone killings show that

a lot of those killed were “collateral damage”

, people who happened to be in the vicinity when the missiles arrived.

The American drone programme allows for the extra-judicial killing of its own citizens, even when they are not involved in any terrorist activity. The case of one such killing, of US preacher,

is well covered in Jeremy Scahill’s book, Dirty Wars. [Scahill will be speaking at next month’s Auckland Writers Festival.]  Awlaki was killed because his sermons supported the use of violence by Islamic groups. There is no verifiable evidence that he himself was involved in planning any violence.

Now we have our Prime Minister

justifying the American drone killing of a New Zealander

on the basis of US intelligence information which he won’t disclose to us. Our government doesn’t seem much interested in what the real story is, with Minister Steven Joyce

It sets a very bad precedent. Already in New Zealand (during the 2007 Urewera raids) we have seen Police use a “terrorist” label to justify the use of force beyond that allowed in law. Now, by going along with an American assassination of a New Zealander John Key is giving other countries a green light for the extra-judicial use of violence against any Kiwi accused of associating with terrorists. This is particularly dangerous in a world where the terrorist label is used so loosely: for example, in Ukraine’s current standoff both sides describe their adversaries as “terrorists”.

Don’t worry, the GCSB is only spying on you “incidentally”

Russia not alone in grabbing territory for military reasons