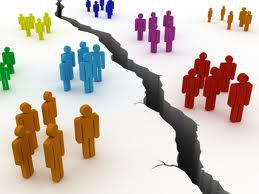 In 1996 I threw myself into the Alliance election campaign as one of its electorate candidates. When I began door-knocking, four months out from polling day, there was a good buzz about the prospects of a Labour/Alliance electoral victory.

The Alliance and Labour had been at odds, but people had confidence they could work together and put together a coalition after the election. Then Alliance leader Jim Anderton put the cat among the pigeons by insisting that a coalition platform be decided before the election, saying that if this didn’t happen there wouldn’t be a coalition after the election. Anderton’s stance didn’t go down well with the left-of-centre voters. It was impractical because it’s not possible for any two parties to hammer out a detailed coalition government agreement before they know the election result and how many MPs they each party has.

Jim Anderton’s silly ultimatum to Labour made it tougher for Alliance candidates like me. I found it had eroded people’s confidence that Labour and the Alliance could put together a harmonious and workable government. On election day the Alliance took the biggest hit, its vote dropping to 10%. National stayed in power after it stitched together a coalition with New Zealand First.

Here’s a good test of whether Labour should be talking about a “Labour-led government” rather than a “Labour/Green government.” How many of your friends, family or work-mates tell you they are looking forward to a “Labour-led government”? Or do they talk instead about a “Labour/Green government”? To most Kiwis leadership is something you prove in practice, not something you declare. With two big parties like Labour and the Greens we can judge day by day which party is leading in practice, and on which issues. On some issues it might be Labour, and on others the Greens.

We can also learn from the damaging rift between Labour and the Greens in the 2002 election. Early in 2002 the seven Green MPs staged a walkout from the parliamentary chamber over the Labour government’s soft line on genetically engineered organisms. I was part of that walkout and experienced the initial wave of support for our strong, principled stand. But as the election approached what I feared came to pass, that the Greens position of not supporting a government which released GE organisms into the environment, when combined with Labour’s hostility towards the Greens, was undermining people’s confidence that the two parties could work together after the election. As polling day approached both parties dropped in the polls, with the Greens down to 7% on the day.

In 1996 and 2002 the people’s perception of how well the two main left-of-centre parties could work together was a big factor in their subsequent electoral fortunes.