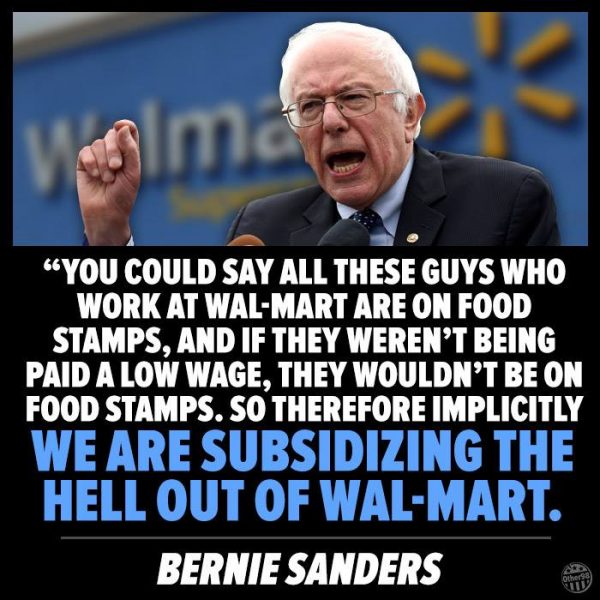 Following Bernie Sanders’ defeat in New York, many pundits are asking why he doesn’t concede the nomination race to Hillary Clinton.

They misunderstand the nature of his campaign. In the end it is not about whether or not he gets the nomination. When he started out nobody gave him a dog’s show. It has always been about building an insurgent movement against the way the super-rich control American politics, including both the Republican and Democratic parties.


As Harry Cheadle put i

t, Sanders’ continuing campaign will mean “at least Democrats in the remaining states will have a chance to voice their displeasure with Clinton’s hawkishness, the donations she has received in the past from Wall Street, or simply the whole political system she represents.” Cheadle commented that “revolutions take a lot longer than one presidential campaign.”


Clare Foran wrote in the Atlantic

that “Sanders has inspired his followers to lay the groundwork for a political movement that will last far beyond the current election. He has shown that it is possible to shun super PACs and still bring in massive amounts of money from small-dollar donations. He has started to cultivate a new generation of political leaders who share his politics by fundraising for progressive candidates in less prominent races.”

Whether that movement remains channeled through Democratic Party, or independent of it, has yet to be determined. The Democratic Party machine has been pretty united in its opposition to the Sanders’ insurgency. In that respect Sanders getting 42% in the New York primary was pretty good. Clinton, a former New York senator, had the endorsement of virtually every New York politician, and all of the newspapers.

Young people flocked to Sanders’ huge New York rallies, but many subsequently couldn’t vote because the Democratic Party roll had been closed off six month previous, before they had become politically engaged. Others disenfranchised by the party’s New York rules were the registered independents. In other states they were allowed to vote, but not in New York. In earlier primary races the independents had gone strongly for Sanders.

We in New Zealand have a vested interest in Bernie Sanders continuing his campaign. Among other things it puts pressure on Hillary Clinton not to backtrack on her opposition to the Trans-Pacific partnership.

Anyhow, the race for the Democrat nomination is not over yet. But whatever the result the Sanders campaign is rolling on, bringing thousands of new people into politics every week.