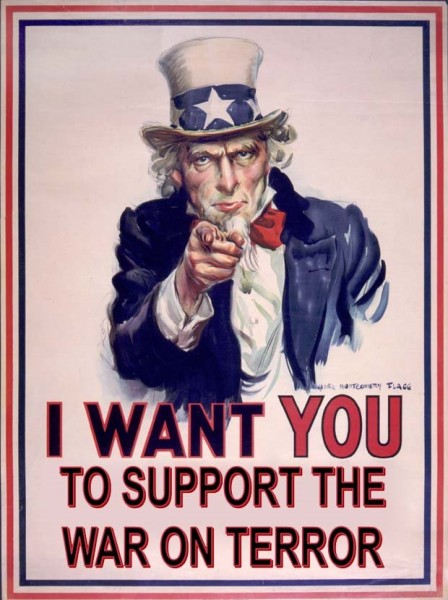 When I saw the NZ Herald headline,

I was immediately suspicious. It is now standard for police and intelligence services to come up with a terrorist scare when they are promoting legislation further restricting people’s rights. Sure enough, further down the Herald article we were told that France’s interior minister, Bernard Cazeneuve, had just “unveiled tougher anti-terror laws” to force internet providers to block Islamic “hate” propaganda and stop French citizens who might be “jihadists” from leaving the country. Governments like China already politically censor the internet. Now “democratic” governments like France are going down the same dangerous path.

What disturbs me is the way the Western media (the NZ media included) throw their journalistic standards out the window when these terror scare stories hit. It wasn’t only the Herald that bought this silly story about Eiffel Tower. RNZ News highlighted it and a Stuff website headline read:

The story itself, even if true, was laughable. It amounted to a 29-year-old butcher suggesting targets including the Eiffel Tower and the Louvre museum, and then being relieved he had been captured (before anything was planned) claiming he’d been “brainwashed”. No terror plot, only one mentally unbalanced individual.

It was good to see

having a go at “the latest incarnation of [US] security paranoia” – that is, requiring people to power up their cellphones at airport security to prove they’re not a bomb.

What was the available evidence used by most NZ media in their prominent stories about this new “cell-phone danger”? Precisely nothing. We are just supposed to take the US authorities on faith that somewhere out in the Yemeni desert nasty people are putting together “undetectable” cell-phone bombs.

What about a few stories in the New Zealand media explaining how most of these scares lack genuine evidence and are part of campaign to keep the “war on terror” ramped up so that people are less worried about the erosion of their civil liberties.

Budgeting to be a peacemaker not a warmaker

The politics of electorate accommodations