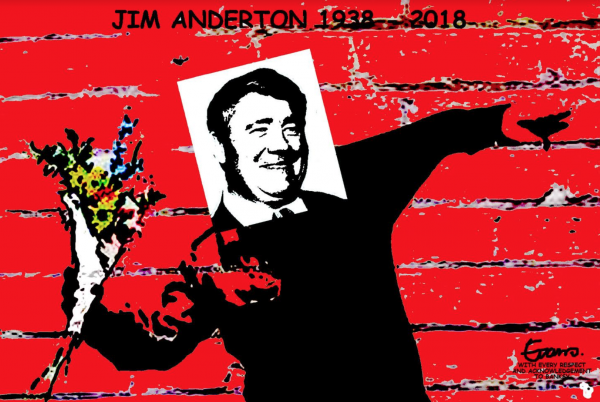 In 1992 and 1993 New Zealanders voted for a new proportional electoral system, MMP. They wouldn’t have done it without two credible “third parties” in the electoral arena – the Alliance and NZ First, both headed by rebel MPs. The Alliance, ably led by Jim Anderton, polled 18% in the 1993 election, with support of MMP as one of its main planks.

In 1993 Anderton was the Alliance’s sole MP, but he was masterful in his use of the parliamentary stage to project a credible alternative to the new right policies of both National and Labour. Of course he didn’t do it on his own. By 1993 there were thousands of Alliance activists behind him, including this writer.

It wasn’t an easy ride for Anderton. Suspended from Labour’s caucus in 1989 for refusing to support the sale of the BNZ, he agreed to lead a new progressive party, NewLabour, into the 1990 election. Retaining his Sydenham seat in that election was critical to the future of NewLabour, and later, in 1991, the Alliance – in which NewLabour was joined by the Greens, Mana Motuhake, Liberals and the Democrats.

Jim Anderton was the Alliance’s biggest, most critical asset, but also its biggest liability. He dominated the Alliance party politically and organisationally, sometimes to its detriment. I was an Alliance candidate in 1996 and I noticed a significant drop in support after Anderton came out with the absurd policy that a Labour/Alliance government was only possible if a coalition policy agreement was worked out before the election. The Alliance vote dropped from 18% in 1993 to 10% in 1996. Labour’s vote, which had been languishing, rose to 28%, and NZ First’s to 13%.

Anderton also bears of lot of the responsibility for disharmony in the 13-member Alliance caucus elected in 1996. His domineering style helped the Greens decide to leave the Alliance in 1997 and run independently in the 1999 election.

He also bears much of responsibility for the demise of the Alliance itself in 2002 Anderton is rightly credited with several progressive reforms during 1999-2002 Labour/Alliance government, such as setting up Kiwibank. However, his overall policy stance became less and less distinguishable from Labour’s. He supported the “war on terror”, repressive anti-terrorism legislation and the sending of SAS troops to Afghanistan. The Alliance ranks rebelled, the caucus split and the Alliance lost all its seats in the 2002 election. The aptly named Jim Anderton Progressive Party won two seats in 2002, as a slightly more red version of Labour.

Overall, Jim Anderton made a great and irreplaceable contribution to our society and democracy. Without his leadership of NewLabour and the Alliance – and his support of MMP – we might still be stuck with a narrow, two-party, first-past-the-post political system – like Britain, Australia, Canada and the United States. We owe Jim a lot.


Keith Locke was a Foreign Affairs spokesperson for NewLabour and the Alliance, and later a Green MP.