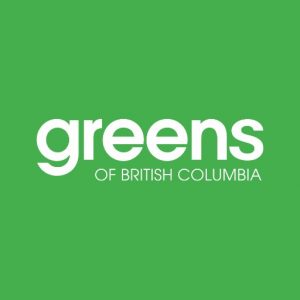 Electoral reform is not easy. It’s 24 years since New Zealand voted for MMP yet the four other “anglosphere” countries (UK, US, Australia and Canada) remain mired in First-Past-the-Post voting for their lower houses.

This may soon change as a result of

. The BC Greens now have three seats and hold the balance of power between the Liberals and the New Democratic Party. Proportional representation will be the Greens’ number one point in negotiations over the formation of a new government.

PR has a lot of support in Canada. Knowing it was popular, Justin Trudeau

pledged support for electoral reform in the 2015

election campaign, only to change his mind after he became Prime Minister. Trudeau then claimed proportional representation might produce “an augmentation of extremist voices in the House.” In 2005 and 2009 referendums in BC demonstrated significant support for STV replacing FPP in provincial elections.


The Green result in the BC elections

illustrates the unfairness of the FPP system. The Greens got 16.75% of the vote but only 3.5% of the seats (three in total).

It was, however, a fantastic result for the Green Party, which doubled its vote. It showed strong support

for better public transport and for reducing house prices – and of course for combating global warming. The oil moguls

weren’t happy at the Green advance

because of the party’s opposition to fracking and the BC/Alberta Trans Mountain pipeline.

The Greens paid a lot of attention to the housing crisis with innovative proposals like a property transfer tax (PTT) on a sliding scale from 0% on the first $200,000 for a property’s value to 12% on property valued at over $3 million. Also there was a “speculation” PTT to discourage flipping of property, and a 30% foreign buyers tax. The Greens were also pushing for considerable government investment in affordable housing.