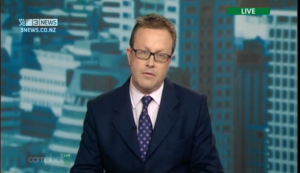 
all of the cases (55) of them where his electronic spy agency helped the SIS “were based on serious issues including potential weapons of mass destruction development, people smuggling, foreign espionage in New Zealand and drug smuggling.”

The obvious next question is how many arrests resulted over the ten years (April 2003 to September 2012) that these operations took place. The answer, Mr Fletcher admitted, is none. Not a single one.

Mr Fletcher goes on to assure us that in 15 of these 55 cases no information was actually intercepted by the GCSB. However, this leaves 40 cases where the GCSB was involved in the interception, or “provided technical assistance”, or collected “metadata” (such as information on who the targeted New Zealanders phoned or emailed).

Forty cases, but no arrests. Let’s compare this with the New Zealand Police. In the last year reported on, July 1 2011 to April 17 2012, there were 25 Police interception warrants under the Crimes Act producing 47 arrests. The same pattern of many arrests occurs in the earlier years I looked at.  I am certainly not justifying all of the surveillance the Police do (some of it is against political activists) and the new Search and Surveillance Act gives the Police too many powers. Nor do I justify arrests like those of the Urerewa 17, the Switched On Gardener owners, and many marijuana users. However, the statistics do show that Police surveillance, unlike SIS/GCSB surveillance, does result in people being brought before the Courts.

I thought I might be missing something, so I looked back at the SIS Annual reports for the last five years. I couldn’t find any mention of arrests there even though the agency discloses that it was operating with more than 20 interception warrants in each of the five years, each lasting on average for 6 months. 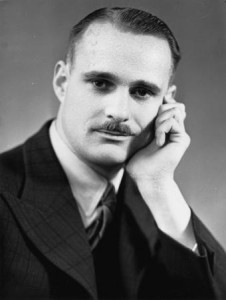 Bill Sutch was charged in 1974 with trying to pass New Zealand Government information to the Soviet Union. He was acquitted.

Then I searched my memory for any recollection of a case where criminality resulting in an arrest had first been detected by the SIS rather than the Police. The only arrest I could think of was that of Dr Bill Sutch in September 1974 for espionage – and he was found not guilty in a Wellington court. Do any of our readers remember any other examples?

I think the evidence that the SIS and GCSB are failing to detect criminality reinforces the view that their operations against New Zealanders are more about spying on dissenters than criminals. This is certainly backed up by

, which shows that agency spied on me for 50 years without any hint that I was involved in any illegal activity, but purely because I disagreed with conservative governments of the day on the Vietnam war, apartheid, nuclear weapons, etc.