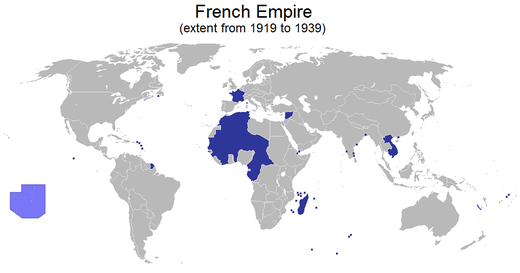 It’s amazing how little attention our media pays to important events in French Polynesia considering it is likely our first settlers came from there around 800 years ago. Also, we would probably not be a nuclear-free nation if it hadn’t been for the head of steam the peace movement built up protesting the French tests at Mururoa and Fangataufa atolls from 1966 on.

France was determined to hang on to its Polynesian colony so that it could conduct these tests. But a strong Polynesian independence movement developed to counter this. For many years this movement has been led by Oscar Temaru, whose Union for Democracy has substantial support. Mr Temaru has been President of the Territory on and off since 2004 and during his latest term, which ended last month, he campaigned for French Polynesia to be reinstated on the UN list of decolonizing countries. The French had succeeded in having it taken off the list back in 1947.

Shamefully, New Zealand has opposed all efforts to have French Polynesia reinstated on the UN list – and it stopped Mr Temaru putting the matter on the agenda of the Pacific Island Forum when the PIF met in Auckland in September 2011. But this didn’t stop other PIF members later taking up the challenge and last month the UN General Assembly put French Polynesia back on the UN list, over the objections of France and the United States. The General Assembly motion was sponsored by the Solomons, Nauru, Tuvalu, Vanuatu, Samoa and Timor Leste – but not New Zealand.

A French colony in Polynesia is an anachronism in 21st century, and surely New Zealand should support a considered process of self-determination.

What is now happening between the French government and French Polynesia has a funny twist to it. A long-time pro-French politician, Gaston Flosse, has taken over from Oscar Temaru as President and is pushing for a rushed referendum on independence, hoping that people will be panicked into opposing independence for fear that France might cut financial support. It appears that the French government may veto such a vote – proving once again that the real power lies in Paris not Pape’ete.