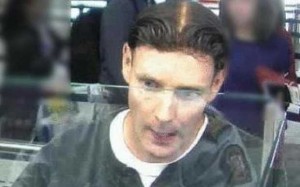 The dominant media narrative in horrible murder cases is that the perpetrator is unlikely ever to be rehabilitated. When it appears the offender may get parole the media turns first to family members of the victim who commonly (and understandably) don’t favour the offender’s release. Such interviews rarely carry the qualification that the victim’s family has not seen the prisoner since his or her conviction many years previous and has no idea how much the prisoner may have been rehabilitated.

The Phillip Smith case fits into this narrative, even more so in that Smith did threaten family members of the murder victim shortly after his conviction in 1996 – so they are justified to be still scared of him.

It is easy to treat Smith as forever bad, but what message does that send those who are trying to rehabilitate themselves in our prison system?

Let’s look at the Smith’s history since his murder conviction in 1996 in more detail. Clearly Smith did engage with the rehabilitation process, doing a sex offender course, gaining two degrees and using his accountancy skills to help a partner in a business venture. That is all to his credit.

On the other side of the ledger is a tax fraud conviction in 2012, related to his business activities. The Parole Board,

in its report earlier this year

, considered there was a risk of further fraudulent offending. Notably the Board did not identify a danger of further violent offending.  It did note “that in recent years there has been no evidence of the litigious and arrogant behaviour and attitudes, or the rule breaking incidents, evident earlier in his sentence”, but then went on to say that “notwithstanding the favourable reports of his recent behavior, we are not satisfied that Mr Smith has put his anti-social traits behind him completely.”

Smith’s recent flight from the country appears to have been motivated by frustration, after so many years in jail, with the repeated postponements of parole. However, the escape will only set back parole.

When Smith should be released on parole is not a simple question and one best left to the Parole Board, assisted by psychologists and Corrections’ officials. We can’t claim to be experts. It is disturbing that so many media commentators are ignorantly sounding off about how irredeemably bad Smith is and how he should be kept locked up forever.

Treating someone like Smith as the devil incarnate might serve a purpose for the political right, who want to divert attention from the causes of crime. But it doesn’t help us rehabilitate prisoners, which in the long run is the best way to keep our community safe.

There is a community advantage for parole hearings to be off the radar so that prisoners getting parole can reintegrate into society with little fuss. Unfortunately, the mass media takes little account of this need, seeing a parole hearing as an opportunity to revisit and replay the original crime. For example, yesterday’s Sunday Star-Times advertised today’s parole hearing for Ewen McDonald, currently in prison for arson, vandalism and killing calves. If McDonald gets parole wouldn’t it be better for our community that he slips quietly into constructive work rather than be the subject of further public abuse