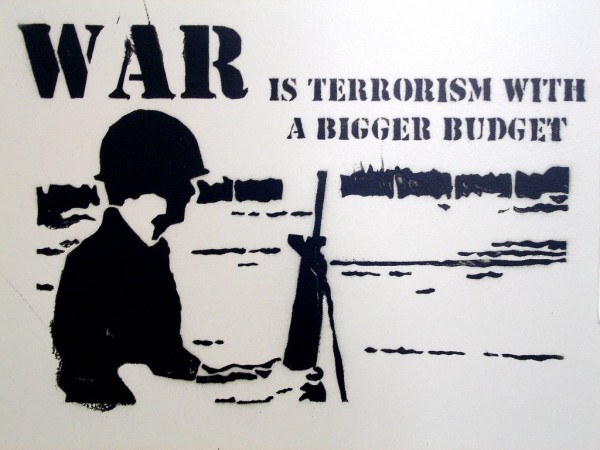 Wouldn’t you think a

would actually mention “terrorist fighters” in its text? The Bill, as released yesterday, does not. It’s simply another generalised counter-terrorism exercise giving extra surveillance powers to the Security Intelligence Service and enabling the Minister of Internal Affairs to cancel passports for a longer period.

Rather than apply specifically to “terrorist fighters”, Part 1 on the Bill enables the Minister to take a passport from anyone who “intends to engage in, or facilitate a terrorist act within the meaning of section 5 of the Terrorism Suppression Act 2002.”  The terrorist act referred to could be carried out in any country, including New Zealand.

Ironically, anyone off to Syria just to fight for Isis arguably has a good legal case for keeping his or her passport. Section 5 of the

has a sub-clause (4) which says an act is not a terrorist act “if it occurs in a situation of armed conflict and is, at the time and in the place that it occurs, in accordance with rules of international law applicable to the conflict.” So any potential Kiwi jihadist who genuinely “intended” his or her contribution as a fighter to stay with “rules of international law” would lie outside the application of the passport cancellation provision.

If such as case went to Court, the government might argue that because Isis is a designated terrorist organization any New Zealander fighting for it is, either directly or indirectly, helping it commit terrorist acts. However, proving a fighter’s

to “facilitate a terrorist act” would still be problematic.

Another legal problem for the government is that two of the organisations New Zealand is de facto allied with against Isis – that is, Hezbollah and the Kurdish Democratic Union Party (PYD) – are themselves designated as terrorist organisations under our country’s Terrorism Suppression Act. Most New Zealanders have admired the bravery of the Kurds beating off the Isis attack on Kobani, a Syrian town on the Turkish border. Yet any New Zealander sending them aid would be up for several years in jail, because the fighters are from the Kurdish PYD, a subsidiary of the Kurdistan Workers Party (PKK) which is designated a terrorist organization under New Zealand law. Political biases will come into the application of the new law. Don’t expect any time soon the government to take passports off Kiwis going to fight for the Israeli army – even though it is indisputably involved in terrorist acts such as political assassinations.  We went down a dangerous path back in 2005 when Parliament gave a Minister the power, on “national security” grounds, the power to stop a New Zealander leaving the country, overriding

Section 18 of our Bill of Rights

.  We shouldn’t be broadening the Minister’s power in this area.

Part 2 of the Countering Terrorist Fighters Bill has even less to do with “terrorist fighters”. It simply hands the Security Intelligence Service a power to conduct covert visual surveillance on private property. It’s argued that this is simply extending to the SIS a power the Police now have under the Search and Surveillance Bill, but in my opinion it is even more dangerous to give this power to the SIS because it’s a less accountable agency. When in Parliament, I

such a new power

The Countering Terrorist Fighters Bill has a dishonest title and is being dishonestly rushed through Parliament in a couple of weeks, without a proper public submission process and Select Committee consideration. The National government hasn’t demonstrated the need for such urgency on legislation that so challenges our civil liberties.