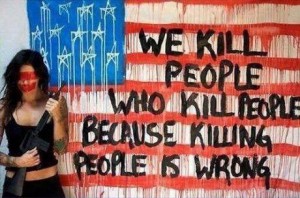 Before deciding on a military contribution to Iraq, our Prime Minister should explain who he would be supporting, or be allied with. Let’s look at who would be on his side.

Any training of this army by Kiwi soldiers will be a waste of time because it is not interested in fighting. Even though the Iraqi army had 30,000 soldiers in northern city of Mosul and greatly outnumbered the ISIS forces they turned tail and ran. This was because the Iraqi “army” is essentially a cash cow for its officers.

, army commanders inflate the actual number of soldiers in their units and share out the extra salaries. The many army checkpoints are also great fundraisers.

These do fight, but they mimic ISIS with their torture and murder of civilians. ISIS kills innocent Shia and the

. The political influence of the Shia militias has grown with

the recent appointment of Mohammed Ghabban as Interior Minister

.  He is a leader of the notorious Badr militias.

Although President Obama keeps quiet about it, big Shia brother Iran has more influence on the Iraqi government than the US does. In addition, Iran runs and arms the Shia militias. So a New Zealand military contribution would be helping Iran at the same time as New Zealand has sanctions against that country. Strange.

We were cheering them on when

they were the main armed force rescuing the Yazidis in Sinjar, northern Iraq

when ISIS was murdering the Yazidis as heretics.  John Key forgot to tell you that the PKK has been designated a terrorist organization under our Terrorism Suppression Act. In reality the PKK is an armed insurgent group, rather than a terrorist group, but the Western powers (including New Zealand) call it terrorist to keep Turkey happy.

New Zealanders have also been cheering the YPG units as they heroically defend the Syrian/Turkish border town of Kobani. The YPG is the Syrian subsidiary of the Turkish PKK, and as such any New Zealander sending it aid would be liable for a jail term under our Terrorism Suppression Act.  Again, rather strange.

The Assad regime is probably the main beneficiary of the US-led bombing of ISIS and the other extremist group, al-Nusra. It means Assad can concentrate his fire on what’s left of the Free Syrian Army.


President Erdogan is a vacillator

. He seems more interested in attacking the Turkish and Syrian Kurds than in degrading ISIS.

A strange ally, given its penchant for public beheadings of the sort which set most New Zealanders against ISIS in the first place. Foreign Minister Murray McCully has refused to answer questions about Saudi state beheadings –

which have recently included beheadings for apostasy (converting from Islam), adultery and “sorcery”.

Not sure what its long-term strategy is, apart from dropping bombs on ISIS.


[You might also be interested in my opinion piece on why New Zealand shouldn’t help the US militarily in Iraq, published in