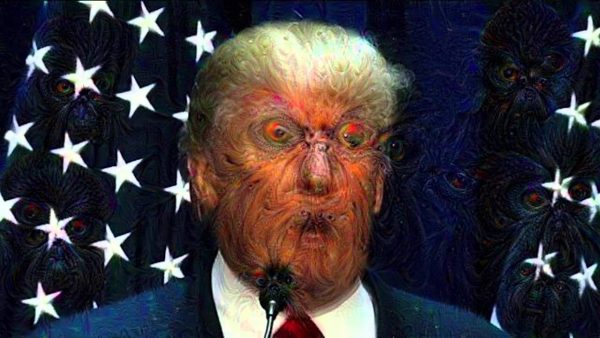 released today, puts New Zealand firmly in the American camp. It portrays China as a threat, warning of China’s “ability to quickly deploy a range of additional capabilities in and around key international shipping lanes.”

Such fear-mongering comes straight out of the American playbook, and is used to justify a closer strategic alignment between the NZ Defence Force and the American military.

The Policy Statement asserts that the NZ Defence Force “must be able to operate effectively with New Zealand’s key security partners, including with our ally Australia, and our other Five Eyes Partners [US, UK and Canada]”.

There are few cautionary words about the danger of subordinating New Zealand’s defence forces to those of Donald Trump’s America. There’s not a word of criticism of America’s interventionist policies in several counties in the Middle East, including its involvement in the Saudi assault on Yemen, and its full support for Israel’s brutal treatment of the Palestinians.

If New Zealand really wants to support “the maintenance of the international rules-based order”, as the Policy Statement claims, why is it cosying up to a US administration that is currently trashing the Paris climate change accord, pulling out of the Iranian anti-nuclear deal and withdrawing from several trade agreements – and, into the bargain, starting a trade war with China. On all the issues mentioned above, the Chinese government has better policies.

Surely, New Zealand would be better off taking a more “non-aligned” stance in relation to the stand-off between the US and China, working with each power on the merits of the situation, and helping to mediate conflicts where necessary.

The alignment with America also makes our Defence Force hugely more expensive as we fit out our planes and ships with kit designed to fight a major war alongside America. For example, the cost of the current equipment upgrade of our two ANZAC frigates,

, is as much as that spent building the seven newest ships in our navy – 6 patrol boats and a multi-purpose vessel.

It is expected that on Monday

of four P-8 Orion surveillance planes. They are gigantically expensive because of all of their war-fighting electronic equipment, including a capacity to detect submarines.

New Zealand could have bought four high-tech surveillance planes, without the anti-submarine capacity, at a fraction of the cost, and they would have been much more useful to New Zealand. The more our surveillance planes are geared for war-fighting, the less they’ll be available for monitoring fisheries in the South Pacific and Antarctica. Much of the time they’ll be off conducting anti-submarine exercises with the other Five Eyes nations, or flying alongside American planes in Middle Eastern surveillance missions.