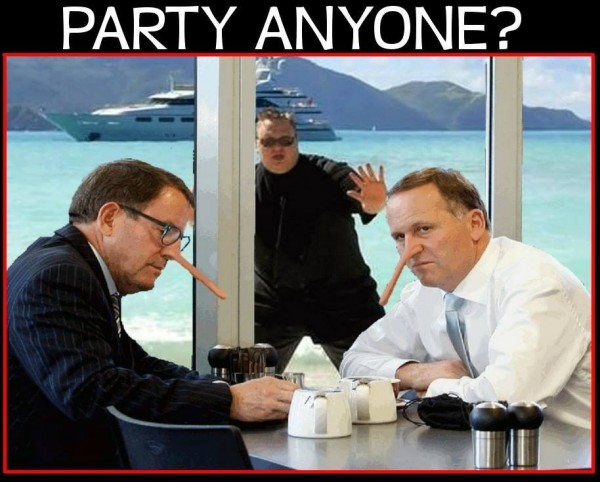 There’s too much grumping about the “coat-tailing” provision of MMP, whereby a smaller (lower-voting) party can bring in extra MPs (in proportion to their party vote) if they win an electorate seat.

Coat-tailing has helped us get around the main problem with our MMP system, which is having too high a party vote threshold (5%) for a new party trying to enter parliament.

It’s true that ACT and the Greens got past the 5% party vote threshold in the two cases I have mentioned (ACT with 6.1% in 1996 and the Greens with 5.16% in 1999) but this probably wouldn’t have happened without the confidence of potential ACT and Green voters that their votes wouldn’t be wasted – because of what we now describe as the coat-tailing provision.

We have one of the most politically diverse (and politically representative) parliaments in the world, and that is something we should be proud of. It could be about to become even more representative, giving almost everyone a party to vote for that matches their own concerns.

If Internet Mana, ACT, United Future, Maori and the Conservatives gain electorate MPs, Parliament will be made up of the following parties, starting from the Right:

I’m not saying that all those parties will make it. ACT is declining (after extreme neo-liberal policies were discredited in the global financial crisis), the policies of Peter Dunne’s United Future are hard for New Zealanders to get a grip on, the Maori Party is suffering from competition with Mana, and the Conservatives (who have the potential to grow their support) could still fall short of winning an electorate seat.

On the Left, there are few significant policy differences between the Green Party, Internet Party and Mana. It is more that the three parties are attracting supporters to the Left through different entry points, and each party has somewhat different priorities. Clearly, the Greens are biggest of the three parties, with good eco-Left policies which cover most political bases. To an extent, the Greens and Internet Mana are competing with each other for the Left party vote, but at present both seem to be growing their vote. If Internet Mana brings new people into politics that is a good thing.

I believe we should keep the coat-tailing provisions until we lower the party vote threshold to two or three percent. I don’t rule out abolishing the threshold altogether, so that around one percent of the vote would be enough for a party to get an MP. Several European parliaments have low thresholds. Denmark has 2% and the Netherlands system is effectively on a 1% threshold.