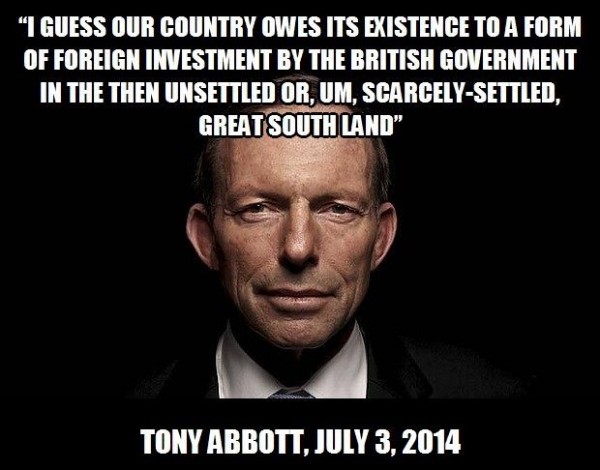 Despite John Key’s best efforts to distance himself from Australia’s “bribing the people smugglers” scandal, New Zealand is involved.

The asylum seekers on the intercepted boat claim they were headed for New Zealand. This raises the question of whether the Australian navy is under instructions from the New Zealand government to intercept any such boat and send it back to Indonesia. If so, the justified Indonesian wrath at Australia’s “send the boats back” policy will also be directed at New Zealand. Indonesia and the world will see us as an accomplice in Australia’s inhumane sea blockade to stop asylum seekers reaching our shores.

It also follows, given the boat was coming to New Zealand, that the National government will be seen as complicit in Australia’s bribery of the boat’s crew to get them to return to Indonesia. John Key’s comments so far reinforce such a view.

t – “I can sort of see the argument [for paying the crew] both ways” – won’t cut it with Indonesia.

Indonesia’s Vice President, Jusuf Kalla has made clear his objection.

He was quoted as saying

: “Wow, a state bribing, that certainly doesn’t fit with the correct ethics in state relations.”

It’s clear the bribery took place because asylum seekers on the boat told both Radio New Zealand and officials from the UN High Commission on Refugees that it did happen. It appears that an Australian official gave crew members

Australia’s bribery also falls foul of its own (and New Zealand’s) anti-corruption laws, so John Key would be wise to condemn it before any case comes to court.

under 73.3A of the Australian Criminal Code

you can get 10 years in jail for lending “material support” to a people smuggler. There is also a jail penalty under the New Zealand Crimes Act. Simply assisting asylum seekers to find refuge (as the boat owners were originally doing) is not a crime – but Australia was paying the crew to do the opposite and return the refugees to Indonesia, which could draw a trafficking charge. Simultaneously, Australia was violating the 1951 Refugee Convention by stopping the refugees from reaching New Zealand to apply for asylum – a right guaranteed to them by the Convention.

In the Australian Senate the Greens are pushing

for the release of all relevant documents

around the bribery case. Prime Minister Abbott is refusing to confirm or deny the payments, claiming it is merely an “operational matter” and therefore confidential. This sets an awful precedent. Officials are now allowed to secretly hand out “incentives” in a completely unaccountable manner. Usually we call that corruption