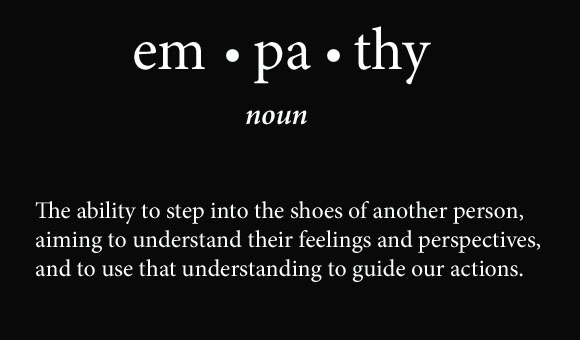 I’m afraid John Key has failed the empathy test. He knows that thousands of refugees have been fleeing persecution from Sri Lanka, Burma and elsewhere, many dying at sea.

Yet all he can see

in the possibility of one boat making it here is a threat, justifying the legislation he passed allowing the asylum seekers to be imprisoned on arrival.

Why not take the opposite stance. We should be upholding our moral and legal obligation, under the Refugee Convention, to welcome all asylum seekers, whether they arrive by air or boat. Fewer asylum seekers now arrive at our airports because of Advance Passenger Processing at foreign departure points and the penalties on airlines if they let on any passengers with insufficient travel documentation.

were granted refugee status last year. We could so easily handle the 65 asylum seekers on the boat alleged to have left Indonesia for New Zealand last month.

Whether the boat was actually headed to New Zealand, or could have made it, we’ll never know. The information is sketchy and is amplified by scaremongers like our Prime Minister. We’ve been treated to similar scares periodically over the last few years. They have come to nothing. What we can say is that such is the distance from Indonesia, over Australia and across the Tasman that a boat arriving in New Zealand would be an exceptional event. It wouldn’t be a particularly profitable venture, because the boat used would have to be much more substantial (and expensive) than the rickety craft used on the short distance from Indonesia to Australia – and the boat would be confiscated on arrival in New Zealand.

Momentum is building for an increase in our annual refugee quota from the current 750 places to 1000 or 1500. Refugee support groups, Amnesty International, the Race Relations Conciliator, the Human Rights Commission, the Green Party, and even Winston Peters (in a qualified way) are for it. Even Labour has come round, after 9 years in government stubbornly refusing to raise the quota. When in Parliament I regularly argued for the quota to be raised to 1000 only to be met with the weak argument (

) that we have to first make sure that those refugees coming in now are well catered for.

Are we really such a miserly society that we can’t improve the lot of refugees here and increase the quota at the same time? We could start by raising the quota to 1000 and improving settlement support (including restoring government funding to New Zealand’s only asylum seeker hostel, run by the Auckland Refugee Council, which was cut off three years ago).