Home The Daily Blog Keith Locke What is Waihopai, John, if it isn’t a facility for “mass surveillance”?
Facebook
Twitter 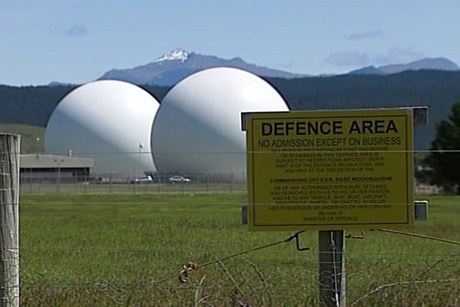 John Key assured us on RNZ’s Nine to Noon programme yesterday that “In terms of the Fives Eyes data bases… yes New Zealand will contribute some information but not mass wholesale surveillance.”

How does this square with the operation of the GCSB’s Waihopai spy base which hoovers up a mass of phone call data (including metadata) from people using the international communications satellites that Waihopai’s dishes are pointed at? The GCSB puts the resulting “mass surveillance” information into the Five Eyes data bases for current or future use. The phone metadata of thousands of New Zealanders who make international phone calls will be included in this data from Waihopai which is passed on to the Five Eyes.

If mass media outlets are going to illustrate their coverage of the GCSB with photos of Waihopai’s two white balls (as they often do) it would be good if they mentioned what actually goes on there, and didn’t let John Key get away with saying the GCSB does not engage in “mass surveillance” (including of New Zealanders).

McCully comes to the rescue of Sri Lankan regime

Prospects for the Internet Party

Keeping the score: SIS/GCSB versus the Police