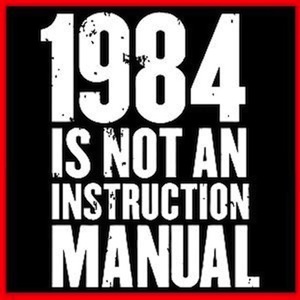 on the Government Communications Security Bureau,

this morning, justifies the criticism of the agency made by concerned citizens (including me) over the years.

Lack of much oversight, combined with super-secrecy around what each employee is doing, is a recipe for incompetence, as I have said in the past [

However, it is hard to accept that the GCSB unknowingly violated the Government Communications Security Bureau Act 2003 when it simply and explicitly says the GCSB is only allowed to spy on foreigners. Kitteridge says the agency spied on 85 New Zealanders between April 2003 and September 2012.

Surely, the GCSB doesn’t think we are simple enough to buy the line that their interceptions were legal because they were spying on the 85 New Zealanders on behalf of the Security Intelligence Service (which is legally able to spy on New Zealanders). This is the justification provided by

, who claims the GCSB spying on New Zealanders, on behalf of the SIS, was even signed off by the Inspector General of Intelligence and Security!

was when it concerned “metadata”

such as the numbers a target New Zealander phoned, as displayed on their phone bill. This was deemed to be ok for the GCSB because “metadata” was not defined as a “communication”. This distinction does not wash legally. Sections 7 (Objective of the Bureau) and Section 8 (Function of the Bureau) of the GCSB Act 2003 make it absolutely clear that the GCSB is only gathering “foreign intelligence” which is defined earlier in the Act as “information about the capabilities, intentions and activities of a foreign organisation or a foreign person.”

It would also be useful to know the range of interceptions the GCSB was engaged in. Presumably they weren’t telephone interceptions, because the SIS and the Police have their own well-established arrangements with the telecommunications companies to intercept phone calls, generally with a warrant.

Probably the GCSB was providing help to gather information from people’s computers (including hacking) or to intercept email messages, because it is an area where the GCSB may have a more sophisticated capability.

Or perhaps the GCSB was using the Echelon (or Five Eyes) intelligence system, of which the Waihopai satellite communications interception station is a part, to gather information on some of those targeted by the SIS.

We deserve to be told more about all this. And there needs to be a real discussion about the purpose of the GCSB’s main asset, the Waihopai spy station, and whether we need it. In this respect it was good to read , for the first time, “scrap Waihopai” being put forward as a serious option by the editors of the Dominion Post. The second to last paragraph in this morning’s editorial reads: “The choices for the Government are simple – establish a system of oversight that provides greater assurance than simply GCSB directors, inspectors-general of intelligence and security and prime ministers saying ‘trust me’, or scrap Waihopai.”