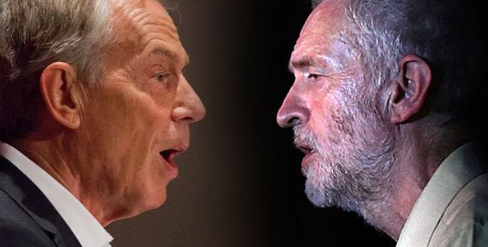 is accurate Jeremy Corbyn will easily be re-elected as British Labour leader. He polls 62% to his opponent Owen Smith’s 38% and leads in every region and age group.

Corbyn’s opponents have tried every trick in the book to dent the Labour leader’s support.

The party’s national executive, then with an anti-Corbyn majority,

. That only seems to have riled those longer-term members who could vote.

, claiming the party was being taken over by hard-left “Troskyist entryists”.

by asking Watson to “do the maths – 300,000 people have joined the Labour Party. At no stage in anyone’s most vivid imagination are there 300,000 sectarian extremists at large in the country who have suddenly descended on the Labour Party.”

Corbyn’s supporters have also been accused of nastiness towards Owen Smith, yet Smith himself

has called Corbyn a lunatic.

The almost daily mass media scandal-mongering about Corbyn has fallen flat. They thought they’d finally nailed the Labour leader when Richard Branson released a video appearing to disprove Corbyn’s claim that he couldn’t get a seat on one of Branson’s over-crowded trains. Corbyn had been photographed sitting on the floor.

It transpired that Corbyn had witnesse

s to testify the seats were taken or reserved. The net result was more publicity for Corbyn’s campaign to re-nationalise Britain’s broken rail system.

At bottom it’s Corbyn’s policies that so frighten the Labour Right. MPs like Owen Smith have more in common with the Conservatives on

So much tripe has been written about Corbyn being “unelectable”. Interestingly, the YouGov poll shows that Corbyn’s supporters are mostly confident (56%) that he could lead Labour to victory, whereas Owen Smith’s supporters are less confident (33%) that their candidate could do it.

Corbyn’s “principled” and “honest” politics, recognised in the

, will carry him a long way. Thousands have turned up to his leadership rallies across the country because, whatever Corbyn’s weaknesses, they identify with what he stands for.

that “the reason so many have coalesced round him anyway is because they view his leadership as the only opportunity they have had on at least 30 years to see their views finally represented in public life.”

A crucial ingredient for winning an election today is to have an enthusiastic mass movement behind you. Jeremy Corbyn has that. Owen Smith doesn’t.

The Back bencher – a pub across the road from Parliament