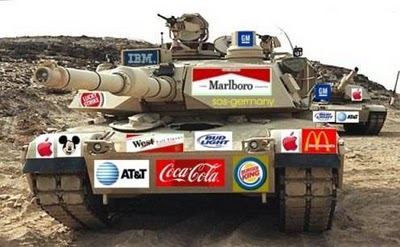 he wants to sell two of New Zealand’s four Inshore Patrol Vessels (IPVs), brought into service only seven years ago.

According to Brownlee, the inshore boats aren’t seeing enough service partly because they are not so good at handling the rough seas further out in our EEZ.

By contrast the two Offshore Patrol Vessels have been useful on missions ranging from the southern ocean to the Pacific Islands, commonly on fisheries protection duties.

It is hard to tell if Mr Brownlee is right about the IPVs. We need a review to find out how well the different state agencies, together, are meeting New Zealand’s maritime protection needs. The Defence Force works closely with the Police, Conservation, Customs (on its contraband and biosecurity mandates) and the Ministry of Primary Industries (on its fisheries mandate). Police, MPI and Customs also have their own vessels.

A key question is how well the fishing in our EEZ is being monitored. The Air Force Orions have the capacity to keep track of ships across the EEZ, assisted in this task by satellite imagery and the fishing vessels carrying GPS transponders. New Zealand fisheries officers are also present on some fishing vessels. So, do we have enough maritime capacity to check those suspected of breaching fishing rules? And following on from that question, are our Navy IPVs optimised for this task? If they are not, should we get rid of some of IPVs, as our Defence Minister has suggested?

No New Zealander wants the government to waste money on unnecessary naval capacity, but in that respect the first assets to get rid of are the navy’s two frigates. They are designed for combat operations in a larger (American-led) task force. The problem is that America is increasing its naval projection into the western Pacific, supposedly to counter China’s growing influence. It is not in New Zealand’s interests to be part of this. China might be America’s main adversary in the Pacific, but she is our main trading partner. New Zealand is better placed to be a peacemaker, not a warmaker, in our region.

The two frigates are hugely expensive to maintain.

to maintain Te Kaha and Te Mana was $337 million. Add to that a big chunk of a separate $474 million general budget item for the “generation of Navy capabilities”.

And then there is the huge amounts spent on upgrades, to keep up with the US, British, Canadian and Australian navies. The frigates are soon to be sent to Canada, one at a time, for

. Basically, the frigates are getting new missiles and torpedos and all the electronic guidance systems to go with them.

Such equipment is taxpayers’ money down the drain unless you envisage New Zealand participating in another Asian war alongside America.

I wish New Zealanders would pay more attention to this. It is all very well to debate whether we should have spent $26 million on a flag referendum. But every year we waste about 15 times as much on running the frigates, and we’ll soon be spending another $440 million on a frigate weapons system upgrade. Does that concern you?