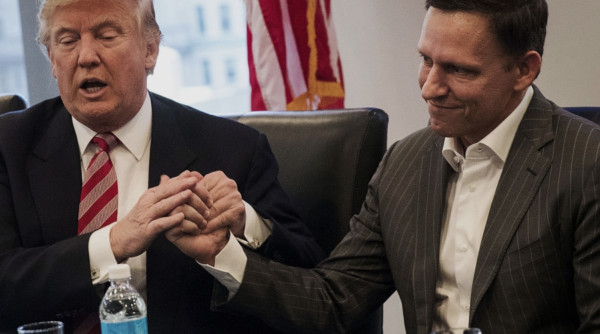 No self-respecting country sells its passports to rich people who don’t even live there, which is why it was so bad to grant NZ citizenship to the American multi-billionaire Peter Thiel.

Section 9 of the Citizenship Act 1977 does allow for citizenship to be granted in “exceptional circumstances” of a “humanitarian” nature, but this hardly applies to the super-rich Theil.

I am familiar with the Act’s “humanitarian” clause because, when an MP,

I used it in trying to get NZ citizenship

for Israel’s anti-nuclear whistleblower Mordechai Vanunu  back in 2005.

Vanunu was keen to get New Zealand citizenship so that he could leave Israel,

where he was still being persecuted

despite being released from jail after serving an 18 year sentence (11 in solitary confinement) for exposing Israel’s nuclear weapons programme. Vanunu’s post-release conditions included no contact with foreigners and a prohibition on leaving the country.

to the then Foreign Affairs Minister Phil Goff arguing that “it would be very appropriate for New Zealand as a nuclear-free country to grant Mr Vanunu citizenship and give him a New Zealand passport. This humanitarian act would be applauded around the world by those opposed to the Israeli bomb and nuclear proliferation, and who hold Mr Vanunu in high regard for his sacrifice to the anti-nuclear cause.”

Phil Goff replied to me that an “offer of New Zealand citizenship to Mr Vanunu is a somewhat empty political gesture when he is prevented from leaving Israel.” My opinion was that it would be both an important “political gesture” and a practical one. Once Vanunu had NZ citizenship he could renounce his Israeli citizenship, as he wanted to do, and there would be greater pressure on Israel to allow him to leave.

At the time, my efforts on Vanunu’s behalf received significant coverage internationally,

That was in 2005. Twelve years on Vanunu is still subject to restrictions on his movements and associations. One 27 January this year he tweeted that he is returning to the Supreme Court to petition for an end to all restrictions so that he can leave Israel.

There have been efforts in other countries, such as Sweden, Norway and Ireland, to obtain a new citizenship for Vanunu. In Norway he has the strongest case because he is now married to a Norwegian university professor, Kristin Joachimsen.   But all the efforts on Vanunu’s behalf have so far failed. Western governments fear offending Israel.

Over the years Vanunu has won a pile of international peace and human rights awards, and in 2004 the students at the University of Glasgow elected him to a three-year terms as their Rector.

New Zealand would be honoured to have such a brave anti-nuclear campaigner as a citizen. It would be great if a new approach could be made to the New Zealand government on his behalf. Granting Vanunu citizenship would also enhance our international reputation, which has been tarnished by the provision of an NZ passport to Peter Thiel, just because of his wealth. Unlike Peter Thiel, Mordechai Vanunu would actually like to live here.