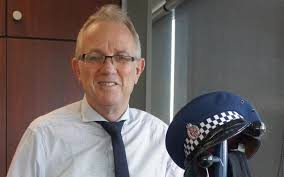 Some on the left mistakenly argue that Labour’s selection of Greg O’Connor as Ohariu candidate is a good thing because he would appeal to a more conservative section of the electorate.

it was “a bloody smart move by Little and his ever broadening church.”

The problem is that if O’Connor is elected he would not be sitting quietly in the back pew of this “broad church” but would be pressing his “law and order” solutions. O’Connor is to the right of National on “law and order” issues, not least through his advocacy of an armed police force, which not even National’s Judith Collins, when Police Minister, would endorse. O’Connor now says that, as president, he was just representing Police Association policy to arm the police but it is obvious to any observer that he led the charge. He was the Police Association’s tough man

for example, that it was “time to overcome our squeamishness and arm the Police.” Every time there was

from a questionable shooting, to deaths in police pursuits, to sexual misconduct, to the mistreatment of Tuhoe during the 2007 Urewera raids O’Connor would leap on to TV to bash the critics – which included myself as Green Police spokesman through much of that time.

O’Connor, as Police Minister in a Labour/Green government, would probably not meet too much resistance (except from the Greens) to right-wing law-and-order legislation. Labour has a bad track record on law-and-order, adopting a “never be seen to be weaker than National” stance when it was previously elected in 1999. The then Justice Minister Phil Goff introduced Bills extending prison sentences, which is a major reason why our prison roster is now topping 10,000 inmates.

The Left has a duty oppose those who see tougher legislation and more police as the best way to fight crime. It is interesting that even National MP (and former police officer) Chester Borrows is to the left of Labour on police matters.

that “I can’t truly understand the need for a radical increase in police numbers when the crime statistics as far as we can rely on them, are falling.” He accused Labour of “pork barrel politics” by pushing for an extra 1000 police “with no explanation of where these new officers would be deployed.”

Redeployment of the existing police force should be the first thing to look at. So much resource is wasted in chasing marijuana cultivators and users. Police so deployed could be better used for community policing and attending to burglaries.

Exaggerating the danger from criminals (including terrorists) doesn’t help the Left. The prime beneficiaries are always the right-wing politicians and racists. We see this vividly in America and Europe today with Donald Trump and Marie Le Pen. Here, the National Party, ACT and New Zealand First will always be the ultimate electoral beneficiaries of criminal bashing. By selecting an archetypal tough-on-crime candidate in Greg O’Connor, Labour is only making National’s law-and-order policies more attractive to voters.

Failure to properly address the roots of most offending, especially poverty, condemns us to a higher crime rate than we need to have, and poor communities to an alarming rate of incarceration. Tough policies, imprisoning more of the poor, is not the answer.

Labour’s nomination of O’Connor is not necessarily a winning strategy in Ohariu. Many Labour and Green supporters will be reluctant to vote for a candidate who is well to the right of the incumbent Peter Dunne on human rights issues. The Greens not running a candidate may help O’Connor, but it also focuses National voters’ attention on the importance of Ohariu for the survival of a National government. Many of the 6120 voters who backed National’s Brett Hudson in 2014 may now switch to Dunne, given he supports National staying in power. Hudson and Dunne together garnered 53% of the electorate vote in 2014, compared with 42% for Labour’s Virginia Andersen and the Greens Tane Woodley.