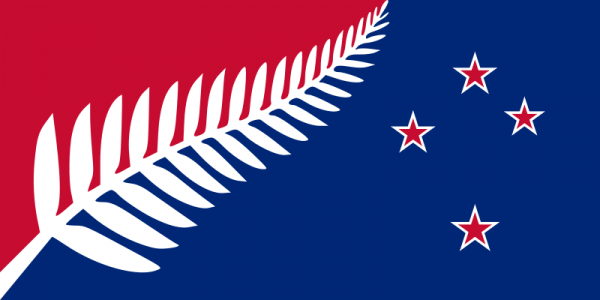 John Key has stolen a march on the Left by pushing for new New Zealand flag, and planning a referendum process to choose the best design.

Labour and the Greens have endorsed the referendum process, but as far as I can tell they haven’t fully engaged John Key on the substantive issues.

Key has been able to present himself as the progressive, acting more boldly on a key nationhood issue than did his predecessor, Helen Clark.


In his speech at Victoria University

announcing the move, Key rightly criticised the current flag design, which “remains dominated by the Union Jack” and “symbolises a colonial and post-colonial era whose time has passed.” He said that we should “be represented by a flag that is distinctly New Zealand’s.”

We shouldn’t let the contradictions in Key’s stance go unchallenged. For example, Key claims that “we are fiercely protective of our independent foreign policy, and rightly so” at the same time as he leads a government which has avoided any stance that might annoy Washington. About the only independent strand of foreign policy left is our nuclear-free status. John Key has been unmoved by the Snowden revelations on mass global surveillance, and our Government Communications Security Bureau remains a loyal part of the NSA-led Five Eyes electronic spying network.

How is it consistent for Key to admit that our flag represents a colonial era whose time has passed yet not apply the same analysis to having a British monarch as our head of state? Instead, Key says the monarchy “continues to serve us well.” We still have a battle on our hands to get a New Zealander in our top constitutional position and it is good to see the

taking up this challenge

Sometimes the campaign for a new flag and a New Zealand head of state is dismissed as not being a priority, or something that can be dealt with later. This is wrong because the progressive movement has to be fighting across the range of social justice, environmental and democratic issues, and people selecting different issues to concentrate on helps us cover the field. We are also a multi-tasking species and in my experience people campaigning on a particular progressive issue generally become more politically aware and get involved in other progressive issues.

If New Zealand gets a new flag and detaches itself from the British monarchy this will help us deal with issues like child poverty. There are various ways in which poor people are brainwashed into thinking that others deserve to live in great luxury while they are mired in poverty. Celebration of the no-expense-spared Royal Family is one of the most insidious forms of this propaganda. When the visiting Prince William and Kate are in Queenstown next month they will be staying in the

(although the promotional value for the owners is so great that they are giving a big discount). However, the biggest beef I have with the monarchy is not its lavish life-style, but that is colonises our minds. We shouldn’t look up to people, and bow and scrape before them, simply because they were born into a certain family. Confident Kiwis, with our own flag and own homegrown head of state, are better equipped to change society for the better.