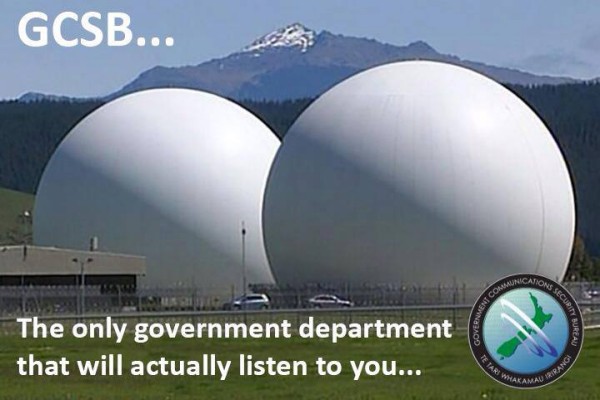 Technological advances may mean the Waihopai spy station is becoming an ever greater threat to people’s privacy.

The Waihopai facility was built to intercept phone calls passing through commercial communications satellites over the Pacific and pass that information on to the US National Security Agency and other members of the Five Eyes electronic spying network.

We know that Government Communications Security Bureau can easily record the “metadata” of those calls – such as who called who and when – but there have been computer capacity limits on how much of the actual content of the phone calls can be stored.

Now the NSA has now progressed the Five Eyes technology to the point where it is “capable of recording ‘100 percent’ of a foreign country’s telephone calls, enabling the agency to rewind and review conversations as long as a month after they take place,”

The Post used the Snowden files to reveal that the NSA has brought into operation two programmes, a voice interception programme called MYSTIC and a “retrospective retrieval” tool called RETRO – which retrieves “audio of interest that was not tasked at the time of the original calls…. Each month, [NSA analyists] send millions of voice clippings, or ‘cuts’, for processing and long-term storage.”

The MYSTIC and RETRO systems were to be fully operation by 2011, initially to swallow one particular “nation’s telephone network whole”, and then to take in five other countries. The NSA’s earlier storage constraints have been overcome by new “cloud-based collection systems and a gargantuan new ‘mission data depository’ in Utah.”

This means a lot more people (including New Zealanders) will have their phone calls analysed and their “voice clippings” stored by the NSA. As we know, detecting criminality is only a minor part of the NSA’s function. The agency is mainly dedicated to spying on foreign governments and individuals with the aim of countering those who are assessed as challenging those US political or economic interests – for example, critics of the Trans-Pacific Partnership.  So TPPA protesters in New Zealand can expect to have more of their international phone calls to like-minded people overseas identified and analysed by the NSA.

will also make this easier for the NSA.

The GCSB, through its Waihopai spy station, helps the NSA’s MYSTIC and RETRO programmes by passing on to the NSA all the phone calls it intercepts. In the light of the greater threats to privacy posed by the MYSTIC and RETRO systems we need to ask more questions about the involvement of the GCSB.