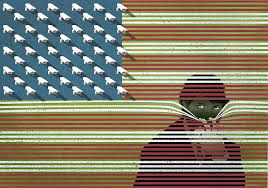 There are so many reasons why it is wrong for New Zealand to engage in “full-take” surveillance of the electronic communications in the Pacific Islands, as show in documents released by

in this morning’s New Zealand Herald.

1. Such spying on the communications of peaceful Pacific Island neighbours is offensive and not what a friendly neighbouring state should do.

2. It is a breach of the privacy of the people in the Pacific Islands.

3. The documents show communications of Pacific Island governments are a particular target, spying on which is illegal under Vienna convention.

4. The “every nation does” argument is not valid, in that it is unlikely any of the Pacific states whose communications are being spied upon would be spying on New Zealand’s electronic communications. Nor is their any evidence they wish to.

5. “Fighting terrorism” is a pretty laughable justification in that Pacific nations have not been afflicted by terrorism and there is little prospect they will be. Clearly it is

communications in those Pacific states are the main target of the spying.

6. The electronic spying on Pacific Island states does create justifiable resentment. When I visited New Caledonia in 2000 with a New Zealand Parliamentary delegation we were criticized by the New Caledonian government for such spying – as a result of the then current European Parliament investigation into global surveillance by the Fives Eyes network (at that point going under the name of Echelon).

7. The New Zealand government may use the information obtained for bad as well as good purposes. New Zealand’s foreign policy aims are not always laudable. Two examples, are when New Zealand earlier supported the Tongan monarchy’s sedition charges against Akilisi Pohiva (who is now Tonga’s Prime Minister) or when it tries to stop West Papuan representatives getting observer status at the Pacific Islands Forum.

8. The foreign policy purposes of the governments New Zealand shares the electronic intelligence with (the US, UK, Canada and Australia) are not always laudable, and sometimes conflict with New Zealand’s, as when the US successfully recruited Tongan soldiers to fight in the Iraq war, which New Zealand was opposed to. Much of the use of intelligence accessed by Five Eyes governments would be used for getting the votes of small island states at the UN, not always for good purposes.

9. Sharing all this intercepted information with the US, UK, Australia and Canada for them to use as they choose seriously erodes New Zealand’s reputation as an independent player in the world.

10. New Zealanders’ privacy is being breached, contrary what the National government says, in that the “full-take” Waihopai collection of phone call and email data passing through the Pacific Intelsat satellite would include the calls and emails of many New Zealanders, including New Zealanders holidaying in the Pacific, or citizens in New Zealand calling their Pacific Island relatives. This information would not be excluded from later searching by Five Eyes partners by virtue of the fact that few of the communications intercepted would contain information on the New Zealand citizenship status of the sender or receiver.

11. This interception of New Zealanders phone calls and email, and the passing of it on in bulk to Five Eyes partners is arguably illegal under our GCSB legislation.