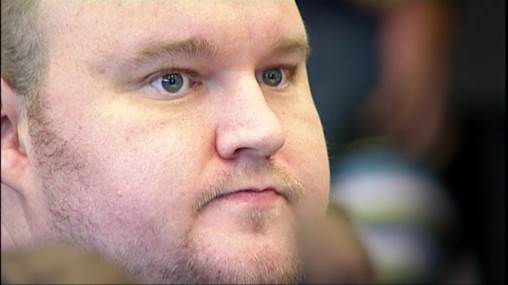 We have to defend Kim Dotcom against efforts to associate him with Nazism simply because he possesses a copy of Mein Kampf.

It is a form of censorship when a person is being demeaned because of the philosophy espoused in a book he happens to own. [It should be noted that Dotcom is Jewish and forthrightly anti-Nazi.]

There is a sorry history of New Zealanders being penalized for possessing “extreme” political books. In 1921 Walter Nash (later to become Prime Minister)

, and in the 1930s several Kiwi activists were imprisoned for possessing socialist books.

Many in the mass media have simply repeated the British tabloid-like slander against Dotcom. Some have tried to have it both ways, defending Dotcom’s right to own Mein Kampf, but

then saying it is “creepy”

to do so. A question for them: are museums also “creepy” for having Nazi memorabilia – and that from other brutal dictators?

People shouldn’t be discouraged from reading books like Mein Kampf. Knowing how fascists think is useful for identifying and countering neo-fascist groups today, like Golden Dawn in Greece. The question we have to answer is not whether these groups specifically identify with Hitler’s Nazi Party but whether they have a similar philosophy and practice. I haven’t got a full assessment of the Ukrainian groups like Svoboda and the Right Sector, often labeled as neo-fascist, but their uniformed armed militias, thuggish tactics and ethnic chauvinism does ring some bells. There is a

of an invasion of a Kiev TV station where a gang, including a Svoboda MP, beats the CEO and forces him to write a resignation letter. [Mind you, Putin’s people can also act like thugs.]

Like the “communist” smears of the McCarthy period, the “Nazi” smear against Dotcom is calculated to discourage people from looking at his message.

. However, the policies for internet freedom, greater public access to the internet, and an end to state surveillance are ones I support. The party is right on with its call for New Zealand to withdraw from the Five Eyes spy network – and something the Internet Party, Mana and the Greens can unite behind.