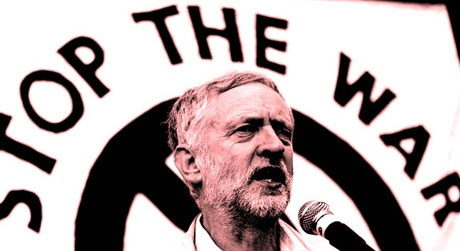 as indicative that the country was ready for “massive political change. Just as the rise of Thatcher marked the end of a political era, the combination of the ‘Green surge’ (Green Party membership more than treble what is was a year ago), the rise of the SNP and the support for Corbyn mark the start of a shift to a new political era.”

on Sunday, Bennett said it showed “how many people support an alternative to austerity economics.”

The British political establishment (including most of the British Labour caucus) thought they could marginalise Corbyn by smearing him as far left, hard left, a Trotskyist, soft on terrorism, you name it. To their shame, our two state broadcasters bought into this, on Sunday calling Corbyn “an admirer of Marxism” (Jessica Mutch, OneNews) and “a supporter of Karl Marx” (Radio New Zealand news).

However, the reality is that

is more popular than Ed Miliband’s was, with many policies also striking a chord with conservative voters.

Polls quoted by the Independent newspaper

show this, as elaborated below.

. Supported by 60% of the population (including 42% of Tory voters) in a YouGov poll. Hardly a radical policy in New Zealand, where we have re-nationalised the railways.


Opposing the bombing of Syria

Other popular policies are to scrap the 100 billion pound Trident nuclear submarine replacement programme; bringing energy companies into public ownership; a 2.5% increase in corporate tax (which would still leave the rate lower than in New Zealand); opposition to the TTIP (Trans-Atlantic Trade and Investment Partnership); opposition to fracking; a big green jobs programme; and stronger action on climate change. Corbyn’s call for more support to refugees drew massive applause at a big London rally yesterday.

Unlike Labour to date, Corbyn is also willing to call out the British-backed warmakers, as he did

in his Guardian opinion piece yesterday

. Not only did Corbyn say that, “Isis is utterly abhorrent and President Assad’s regime has committed appalling crimes.” He went on to say: “But we must also oppose Saudi bombs falling on Yemen and the Bahraini dictatorship murdering its democracy movement, armed by us.”