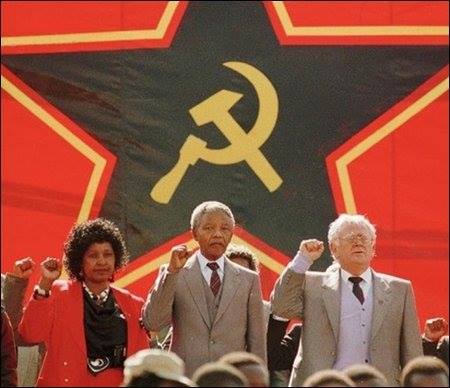 Western leaders have been full of praise for Nelson Mandela. They have marveled at his lack of bitterness towards those who were part of the apartheid regime. John Key praised Mandela’s focus on

, and President Obama said Mandela showed how our decisions should “

guided not by hate, but by love

It’s good that these leaders have been so inspired by Mandela, but they are still far from acting as he did.

, just as he was about to enter peace talks with the government. Pakistan’s leaders blasted this US drone killing as a blow to their reconciliation process, but their protest fell on deaf ears. Vengeance was all that mattered for the Obama administration. Mehsud was alleged to have been the mastermind of attack four years go, in which seven CIA officers died. So he had to die too.

We should not forget that until quite recently Mandela himself was designated as a terrorist by the United States, and had to get a special exemption from the State Department to visit Washington in 2008. It’s just as well Obama’s current doctrine, that terrorists can be subject to drone assassination wherever they are, was not in effect when this “terrorist” was leading the fight against apartheid.

I believe the type of reconciliation practiced by Mandela in South Africa is applicable to our everyday life.

Unfortunately, as a society, we seem to be going in the wrong direction. If we truly believe that Mandela was right to forgive those who wronged him, why don’t we apply the same empathy and principles of reconciliation to those who offend against our laws. Often our television channels, the same ones that today laud Mandela, do just the opposite.

) was a typical headline. The sub-text was that the longer Macdonald stayed in jail the better, after he had been convicted of vandalising some farm properties. The not-guilty verdict in favour of Macdonald in the Scott Guy murder case did not divert many people (and some media outlets) from this vindictive course.

If we were really “thinking like Mandela” our approach to that parole hearing would have been quite different. We would have recognised the common humanity of both Macdonald and his victims, and we would have hoped for Macdonald’s speedy rehabilitation and release into the community. We would have empathised with the victims of the vandalism, but would have had no lasting bitterness towards the perpetrator.

We do have some good “restorative justice” practices in our justice system, and we should be pushing for their extension. They work when there is mutual agreement between the perpetrator and the victim of a crime (along with their families) to meet face-to-face. The victims explain their hurt and a common outcome is that perpetrators better understand how badly they have acted and show real remorse. This helps the victims psychologically and speeds up their healing process. It also helps in the rehabilitation of the perpetrators.

The restorative justice approach in our justice system has a parallel in the Truth and Reconciliation committees set up by Mandala and Bishop Tutu in South Africa, whereby the perpetrators of apartheid violence had to confront the victims (and their families) and atone for their crimes. This Truth and Reconciliation process played a major role in establishing trust between the black, white and coloured communities in South Africa. By reducing the hatred and bitterness in people’s souls it made the transition from apartheid much easier.