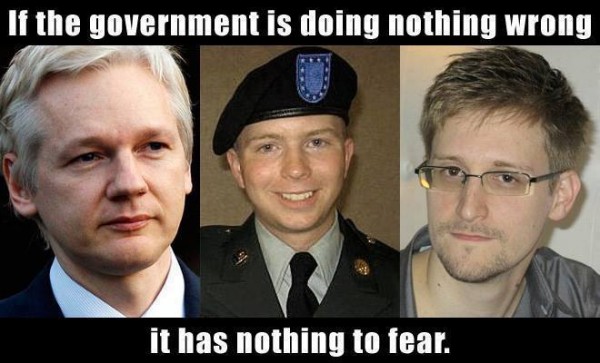 The Snowden papers have illustrated both the global reach of the world’s superpower, but also its limitations.

Most people, outside America at least, are horrified at the comprehensive collection of their communications by the National Security Agency and its British partner, the Government Communications Headquarters. They believe Edward Snowden is a genuine whistleblower and should be given asylum.

France provides a good example. After revelations of NSA spying on the French and EU missions in America

said “we cannot accept this kind of behavior” and that “there can be no negotiations or deal-making [on a US-EU trade agreement]” until “safeguards” are obtained.

Yet next day, ever obedient to Washington, France denied overflight rights to the Bolivian president’s plane, on the grounds it might be carrying Edward Snowden – the very person who had so generously provided the information on the extent of US spying on France.

The response from Latin America was quite different. With one voice Latin American governments condemned the diversion of the Bolivian president’s plane, and Venezuala and Nicaragua offered refuge to Snowden. There is also a furore in Brazil against the

massive NSA spying on that country

. Latin America has changed from being the continent most compliant to America edicts to the one resisting them the most.

The United States may still be an economic superpower, but its relative strength in the world economy is declining year by year. Militarily it remains supreme but America hasn’t been able to use this military strength for much economic gain. In partnership with Israel the US may dominate the oil-rich Middle East, but its wars in Iraq and Afghanistan have hardly been a stunning success.

Bit by bit, the “soft power” of the Brics (Brazil, Russia, India, China and South Africa) is beginning to challenge the predominance of the US. Western European nations may also start challenging the US more. After all, the Snowden papers show that the US considers other advanced capitalist nations as antagonists as much as allies and fair game to be spied upon. Increasingly the NSA will be used to spy on non-US companies for the benefit of US firms. There is

this has already occurred.

. New Zealand is upsetting most of its biggest trading partners – including China. Being absorbed into the Five Eyes also restricts New Zealand’s ability to conduct an independent foreign policy. No less stupid is John Key’s promotion of the GCSB Bill and the Telecommunications Interception Capability Bill requiring all telecom and internet firms to be “intercept capable”. As

is pointing out, this will make New Zealand much less attractive as base for IT companies.