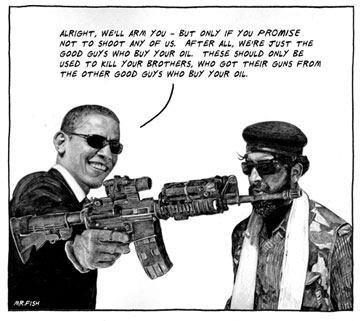 It’s 2003 all over again with Western powers preparing the ground for a massive aerial bombardment of an Arab country.

The assault on Iraq was a disaster. Millions of people were either killed, wounded, or forced to flee their homes. The country was ripped apart and is still plagued by violent conflict.

Now it is Syria’s turn to “be taught a lesson” with American and British missiles. In all the media commentary – from Obama, Cameron, Rudd, Key and Goff – there is one thing missing – any compassion for the Syrians who will be killed and wounded in the strikes. Presumably, they are just collateral damage.

Phil Goff was on Radio New Zealand this morning attacking those nations on the UN Security Council (Russia and China) that are actually trying to save lives. Russia says lets wait for the UN inspectors to report on the evidence for the use of chemical weapons, and let’s keep trying to get the Syrian parties to the conference table to work out a peaceful solution.

The lead-up to the US assault on Syria in 2013 is almost a carbon copy of Iraq in 2013. In 2003 the dictator Saddam was supposed have weapons of mass destruction ready for use and UN inspectors were sent in to find out if this was true. In 2013 the dictator Assad has supposedly used chemical weapons and UN inspectors have been sent in to find out. In 2003 the United States didn’t wait for the inspectors to report, and began bombing Iraq. In 2013 it seems likely the US won’t wait for the inspectors to report, and will start bombing Syria.

In Iraq the UN later found Saddam had no weapons of mass destruction. Surely that is in argument for caution in Syria. In Syria today, the UN inspectors have yet to find what chemical agents killed people in the Bagdad suburb and who was responsible.

If the Assad regime is found to be responsible it will surely suffer hugely, without any military action from outside. The price will be hostility from the Syrian people and virtually the whole international community (including its main military supplier, Russia). In this circumstance US air strikes would only serve to help Assad, enabling him to divert attention away from chemical weapons use to the death and destruction caused by yet another bombing of a Muslim country. Since America bombed a baby food factory in Sudan in 1998, it has bombed Afghanistan, Iraq, Pakistan, Somalia, Yemen, Libya, and assisted the French to bomb Mali.

The strikes on Syria will also escalate the civil war, with both the Assad regime and its opponents less willing to take the only sensible course, negotiations for a ceasefire and the establishment of a broad transitional government.

There is no rational purpose to any air strike on Syria, other than to remind the world of American power. We are told President Obama would lose face if he didn’t strike, after previously declaring that Assad’s use of chemical weapons would be a “red line”. Superpower credibility comes before Syrian lives. Don’t expect to see many dead bodies in the coming Pentagon-orchestrated TV coverage, with its many aerial shots of missiles hitting their targets and the triumphal Obama press conferences.

As usual, our Prime Minister seems to be falling in behind Washington. But this is a golden opportunity for the Labour leadership contestants to show their mettle on an important issue of war or peace. All you have to do David, Grant and Shane is to state, unequivocally, that you oppose

US-led airstrikes on Syria. No ifs, no buts.