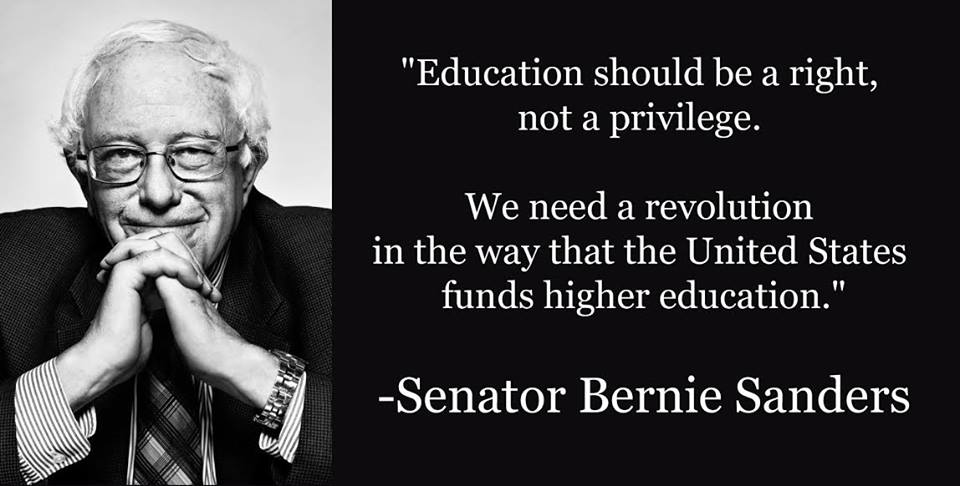 Who won the first TV debate between Democratic Party presidential hopefuls: Bernie Sanders or Hillary Clinton? Almost to a person

the establishment pundits plumped for Clinton

. She was “the clear victor” according to the New York Times, while the Guardian, the Boston Globe, Time and CNN also said she won.


Yet all the public opinion polls

showed that Sanders was the overwhelming winner,

with the viewers warming to his trenchant attack on vested interests.

How did media commentators (even from the liberal press) get it so wrong? I am reminded of the words from an early Bob Dylan song,

Ballad of a Thin Man

: “You try so hard, but you don’t understand… because something is happening here but you don’t know what it is, do you, Mr Jones?”

What these pundits don’t understand is that that millions of Americans are rejecting a political system beholden to corporate interests and will support a candidate like Sanders who is putting the people’s interests first.

It’s not “politics as usual”, simply with the prospect of one liberal-sounding politician (Clinton) replacing another (Obama) but little really changing.

Sanders won the debate by challenging the neo-liberal economic orthodoxy. He opposed the TPPA, targeted the rich with higher taxes, promised electoral finance reform, and said he would break up the big banks. With extra money in the treasury he would provide all Americans with medicare, free tertiary tuition and paid parental leave. Taking a pro-union stance he supported pay equity and a $15 minimum wage. He was also strong on human rights, opposing mass NSA surveillance, supporting the legalization of recreational marijuana, and attacking the racist criminal justice system.

The most important thing about Bernie Sanders (as it is about Jeremy Corbyn) is that he is not just a “vote for me” politician. His final comment in the debate was that “nobody up here [on the stage]… can address the many crises facing our country unless millions of people begin to stand up to the billionaire class that has so much power over our economic and political life.” This is starting to happen in America with active support for the Sanders campaign growing by the day, particularly among young people.

Jeremy Corbyn won the leadership of the British Labour Party with the same message, for the people themselves to step forward. Hundreds of thousands joined the Labour Party to support him, and are being encouraged to stay involved to shift the party to the left.

When he entered the Labour leadership race, Corbyn was disparaged as a “hard left” outsider. But he won. Sanders is now

disparaged for identifying himself as a “democratic socialist”

. No-one with that label can win in America, the pundits all declare. Maybe, maybe not. Sanders will have all the corporate-controlled media against him. But don’t forget about the people