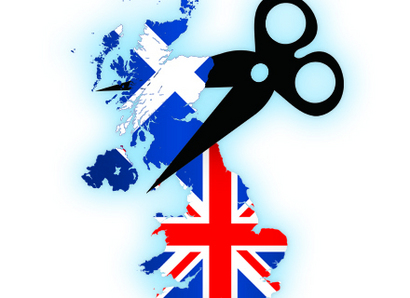 The possibility that Scotland will vote for independence this Thursday has panicked the British establishment.

An unholy alliance of Tory, Labour, Liberal and corporate leaders has resorted to fear-mongering and bullying on grand scale in a last ditch effort to slow the pro-independence bandwagon.

This reminds me of the over-the-top tactics used here by those trying to stop our last big democratic move, the adoption of a proportional MMP voting system. The National government allowed the referenda on the voting system to go ahead confident that not much change would eventuate. After all, First-Past-the-Post had the support of National, Labour and most business leaders and plenty of money to overwhelm any pro-MMP campaign.

In 1993 a critical vote between MMP and First-Past-the-Post was held alongside the general election. I was the Alliance candidate for Eden in that election. Earlier in the campaign my reading of the electorate was that MMP would lose. The anti-MMP propaganda, that party list MPs under MMP would be unaccountable party hacks, was worrying a lot of voters. But about three weeks before the poll everything turned around. The anti-MMP Campaign for Better Government, fronted by businessman Peter Shirtcliffe, went over the top. You couldn’t open a newspaper or turn on TV without seeing their adverts, with scary graphics about anonymous party list MPs represented by people with paper bags over their heads.

This excessive advertising annoyed voters and prompted more discussion of the businesspeople behind the anti-MMP adverts, New Right ideologues like Shirtcliffe who has been responsible for so much of the social and economic mayhem over the previous decade.

The No camp in Scotland may be committing the same error as the anti-MMP camp did here in 1993. By sending the Tory and Labour leaders to Scotland for last minute campaigning they are reminding people of what this poll is really about – whether the Scottish people will be able, through independence, to chart a better course that that imposed on them by the right-wing British governments from Thatcher to Blair, Brown and Cameron.

As Adam Ramsey put it in his Forty Two Reasons to Support Scottish Independence, the referendum is not just about an assertion of a Scottish national identity. “Rather the referendum has become an invitation to say no to a superpower whose wars, most recently against Iraq, the Scottish people found abhorrent, and yet have been forced to join; a chance to say no to decades of social injustice and sacrifice at the alter of the global market by Conservative and Labour Governments at Westminister, for which Scottish voters did not vote.”

If Scotland becomes independent there is a potential for quite a bit of radical change – including, for anti-nuke New Zealanders, the closure of the Trident nuclear submarine base. The way independence has been achieved would also be inspiring.

, “it will be despite the efforts of almost the entire UK establishment. It will be because social media has defeated corporate media. It will be a victory for citizens over the Westminister machine, for shoes over helicopters. It will show that a sufficiently inspiring idea can cut through bribes and blackmail, through threats and fear-mongering. That hope, marginalized at first, can spread across a nation, defying all attempts to suppress it.”