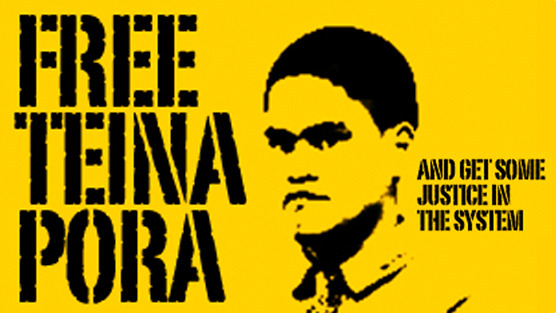 Most people who’ve followed the

are convinced the Police mucked it up. The evidence (as outlined last year by TV3’s Third Degree and in a Maori Television documentary) makes a strong case that Teina Pora was not guilty of murdering Susan Burdett, and that his confession was false.

to the Privy Council

to begin putting matters to right. It is the Police case that convicted Pora, and it was a Police responsibility, when evidence came to light that the conviction was unsafe, to reinvestigate the case and put things right. By not doing so in such a glaringly obvious miscarriage of justice as the Pora case, the Police discredit themselves.

People lose faith in the Police to act professionally if they are reluctant to admit to serious errors in cases like Teina Pora’s.

Unfortunately, there is a pattern of Police closing ranks and not admitting they got it wrong. Deputy Police Commissioner Mike Bush reminded us of how far back this closing ranks goes when he said at Bruce Hutton’s funeral last year that the former Detective Inspector had “integrity beyond reproach” even though a royal commission had determined Hutton planted a bullet to

wrongfully convict Arthur Allan Thomas of murder way back in 1971.

, the Police have been no help to David as he seeks compensation for 13 years of wrongful imprisonment for murder.

key evidence being discredited by the Privy Council

last year when it quashed the original conviction.

Add to that the prominent cases where additional evidence has put big question marks over the safety of the conviction, such as in the

. It is not good enough for Police to hide behind a guilty verdict and disclaim responsibility for reinvestigating such cases.