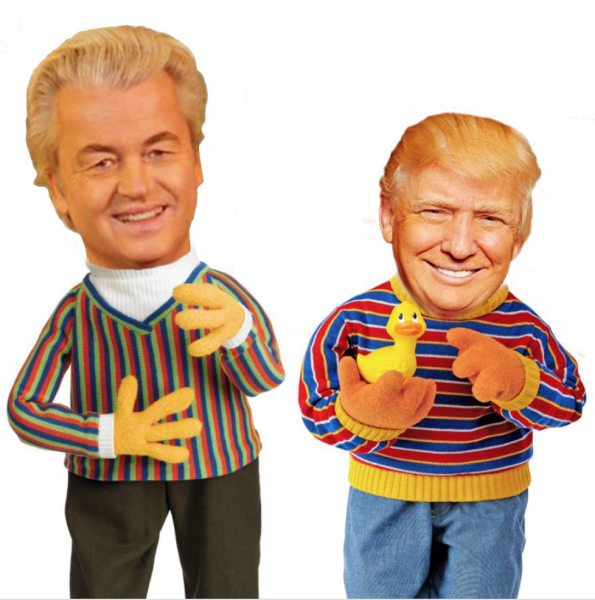 I happened to be in Amsterdam five years ago, during a Dutch election campaign. I enjoyed talking to my fellow Greens in the Green Left party, who were holding a little street rally, but they weren’t confident of a good result. They ended up with 2.3% of the vote and 4 seats.

How everything has changed. Green Left is now lauded as the big winner in this week’s Dutch election, with 9% of the vote and 14 seats, ahead of the Labour Party (previously the biggest left party) which dropped from 38 seats to nine. The other significant left party, the Socialists, dropped one seat, from 15 to 14.

Green Left succeeded because of its strong green and left policies,

as articulated by its young leader, Jesse Klave

r. “What I would say to all my left-wing friends in Europe: don’t try to fake the populace,” said Klaver. “Stand for your principles. Be straight. Be pro-refugee. Be pro-Europe… We can stop populism.”

Instead of adapting to the xenophobia of Geert Wilders and his Party for Freedom, as other parties did, Jesse Klaver took him head on.

In a live television debate

he said that right-wing populism, not immigration, was undercutting Dutch traditions.

“The values the Netherlands stands for, for many, many decades, centuries actually, its freedom, its tolerance, its empathy… they are destroying it,” he said.

The public responded.  The Green Left vote mushroomed, while the Wilders party faltered, winning 20 seats, much lower than what earlier polls had predicted.

Green Left beamed to the culturally progressive section of the electorate.  “What we share is a very open and tolerant view of the world, socially and culturally, whether about abortion, euthanasia or the soft drugs policy,”

. Green Left held the biggest rally of the election campaign, 5000 people in Amsterdam, and topped the polls in that city. The party did particularly well among young people and women.

The party also had

a strong social and environmental platform

, including higher taxes for the rich, abolishing bonuses for CEOs, a plastic goods tax, the closure of coal mines, and measures to reduce greenhouse gases Of relevance to New Zealand today, Green Left campaigned against raising the pension age.

The Dutch result will boost the morale of Green forces around the world, along with its lessons about how to counter racist populism, and how to front foot other controversial policies, like higher taxes on the rich and marijuana law reform.