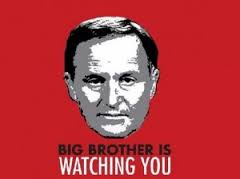 Traditionally, spy agencies have had two big downsides. Firstly, they have breached our privacy and secondly they have targeted, in a discriminatory manner, people with dissenting views.

annual report of the Inspector-General of Intelligence and Security, Cheryl Gwyn

Following the Snowden revelations, there has been much concern about New Zealand’s involvement in the wholesale collection of communications data as part of the US-lead Five Eyes network. Two years ago

Prime Minister Key assured us that

“we didn’t [collect wholesale metadata about New Zealanders] and because we didn’t, we couldn’t have shared it.”

Gwyn’s report appears to contradict that assurance, instancing “an inadvertent query of New Zealand metadata by a partner agency [that] occurred as a result of a typing error by the responsible partner agency analyst.” While Gwyn reports “remedial steps” were taken, it does confirm Edward Snowden’s statement that, as an US National Security Agency contractor, he could easily access New Zealand material with a touch of his keyboard. Mass metadata is being collected by Fives Eyes, and constraints on its use by any of the five partner countries appear to be limited.

– that is the power to place a covert video camera in a person’s living room, bedroom or office. Now we find not only is the SIS conducting covert visual surveillance, but that it has sidestepped its legal responsibility to send a copy of each visual surveillance warrant to the Inspector-General. Even the Minister in charge of the SIS, Chris Finlayson, was kept

in the dark for months

Warrant shortcomings were not restricted to those approving covert visual surveillance. The Inspector-General said some other search or surveillance warrants may not have been approved by the Commissioner of Security Warrants if he or she had access to all the appropriate information, including the use of the powers granted by warrant to help other “agencies”.

The main way the SIS penalises New Zealanders for their dissenting political views or political activism is through the SIS security clearance procedures for government jobs and promotions. According to the Inspector General one quarter of SIS staff work on these vets, and she has identified a lack of fairness in the process: “NZSIS did not generally take steps to investigate possible bias (positive or negative) towards a candidate and the decision-making record was often not commensurate with the gravity of these decisions… It did not disclose adverse information or inferences to candidates for response.”

Commendably, the Inspector-General is also looking at possible breaches of international law by the SIS and GCSB, specifically in relation to “possible New Zealand engagement with Central Intelligence Agency detention and interrogation 2001-2009.” Cheryl Gwyn “identified a public interest in inquiring into whether New Zealand’s intelligence agencies and personnel knew or were otherwise connected with or risk connection to the activities discussed in the US Senate Report”, which had “documented instances of torture and inhumane treatment of detainees”. Interestingly, Cheryl Gwyn has also invited members of the public “who have relevant information” to “approach her office”.

Given the justified blowback from New Zealand’s Pacific neighbours in response to the GCSB spying their communications, it’s good that the Inspector-General is inquiring into the “wider questions” posed “regarding the legality of the GCSB’s practices for collection, retention and sharing of data and the controls on those activities.”

To me this is related to another example of the GCSB being used for partisan political purposes not related to New Zealand’s real interests, and that is the use by the GCSB of Five Eyes data to help Minister Tim Groser in his (unsuccessful) attempt become Director-General of the WTO. GCSB spying on the (successful) campaign by the Brazilian candidate, Roberto Azevedo, seriously damaged our relations with Brazil. It is good to see the Inspector-General using this case to investigate “how the GCSB determines, within its statutory constraints, what foreign intelligence activity to undertake and what policies and practices are in place to regulate its activities.”

While it is good the Inspector-General is doing all these inquiries, several of them on her “own motion”, I’m not sure they will reach a satisfactory conclusion for the general public. The legislated secrecy around most SIS and GCSB activity, and the lack of parliamentary scrutiny, limits what we can find out about these sometimes dangerous agencies. But at least the present Inspector-General is trying to be more transparent than previous incumbents.