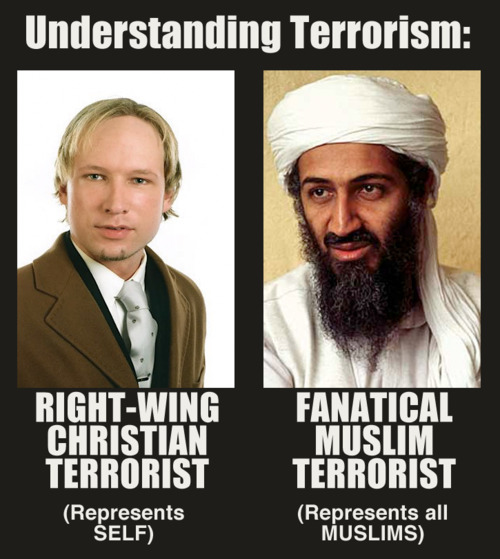 Funny how the Charlie Hebdo massacre was portrayed as a “terror attack” whereas last week’s Charleston massacre was not.

Both attacks had a political or ideological motive but the western media (including New Zealand’s) have studiously avoided calling the Charleston shooter a terrorist. Dylann Roof has been presented as a racist, who committed a “hate crime”.

The term “terrorist” seems to be reserved for Muslims, or at least foreigners. Generally attacks by American-born whites are not seen as terrorism. The reluctance of the US government and media to apply the label to the Charleston massacre adds weight to Muslim accusations that the so-called “war on terror” is focused on their community and fosters prejudice against them.

The selective application of the term “terrorism” shows the limitations of its use.  Glenn Greenwald

that it is “some sort of objectively discernable, consistently applied designation of a particularly hideous kind of violence. I am keen to have the term recognized for what it is: a completely malleable, manipulated, vapid term of propaganda that has no consistent application whatsoever.”

It is not only white American bigots who escape the terrorist label. The Western media avoid applying the term when American forces are responsible for civilian deaths – as in Iraq war or in the drone bombings the US conducts in several countries.

For the American empire its loyal citizens to be described as terrorists would erode the usefulness of a “war on terror” to increase the powers of the state – particularly in the area of surveillance.

So get it right: a white racist or religious bigot with a gun is a “shooter” or a “gunman”, not a “terrorist”.