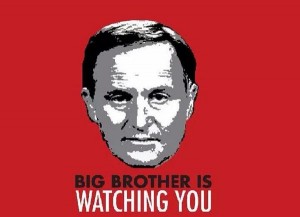 This morning I gave this “oral submission” to the Foreign Affairs, Defence and Trade Committee opposing the Countering Terrorist Fighters Bill.  It is a pity only Greens are against the Bill.

It’s a pleasure to be able to talk to members of Foreign Affairs, Defence and Trade Select Committee again,

and remember my 12 years on your committee.

However, I don’t wish my submission today to be taken as endorsement of the completely unnecessary speed with which this legislation is being rushed through Parliament.  I see it as an abuse of proper parliamentary consideration of legislation.

There simply is no need to pass this legislation, let alone to rush it.

What is the risk?  Experts like Richard Jackson of Otago University say the evidence shows that that it is extremely rare for returning jihadis to commit terrorist acts in their home country.  It is wrong to create law, which offends our human rights, just to cover some very unlikely or exceptional future event.

This Bill challenges our basic rights as citizens.

Firstly, the provisions extending the period a passport can be taken away on government-determined security grounds are contrary to Section 18 of the Bill of Rights which grants every citizen “the right to leave New Zealand”.  The UN Declaration of Human Rights also says that “Everyone has the right to leave any country, including his own, and to return to his country.”

If a New Zealander breaks the law, either in New Zealand or overseas (if there is extra-territorial jurisdiction) then charge that person.  It is odd that at a time when we are debating the politicization of the SIS, parliament is reinforcing a very politicized provision whereby the SIS, in secret, recommends to the Minister of Internal Affairs that a person’s passport be cancelled because they might to off to fight in some war, and it has to politically determine which wars are just and which are unjust.  Fighting for Isis is deemed out of bounds, whereas fighting in the Israeli army or for some Arab monarchy may be deemed ok even though these governments are also engaged in atrocities. Wouldn’t it be better simply to stick to the right of New Zealanders to leave their country, and prosecute them when they come back if they have contravened any law.

Yes, pretty much every New Zealander wants to discourage New Zealanders going off to fight for Isis, but there is a better way to do it, not infringing our human rights.  In fact, it is already being done to a large degree.  The Islamic community actively works to discourage people going off to Syria and they’ve been fairly successful.  We should be helping the Islamic community, rather than bringing in a Bill that will drive anyone thinking of being a jihadi further underground, fuel their feeling of being persecuted, and actually make them more likely to go Syria.

Because the law allows the government to cancel a passport on the basis of an assessed “intention” of the targeted person, it is subject to error.

This may have happened in the only case I have seen publicized of a Kiwi having their passport taken away. He seems to have been a pro-jihadi blow-hard rather than someone who would go and fight.

One of the problems with this type of rushed security legislation is that there will be a, perhaps unconscious, tendency to the SIS to over-react to some people in the Islamic community who may be sounding off about Isis. Once you’ve argued there is a significant threat, justifying urgency, you have find incidences of that threat, even if you are stretching the evidence.

I know the government, and MP’s around this table will argue that this provision is not directed at the Islamic community as a whole, but the reality is that it will increase prejudice and discrimination against Muslims in New Zealand.  The exaggeration of the terrorist threat to Western countries in the 13 years since 911 has produced greater fear and suspicion in the community towards Muslims.  This Bill will add to it, and that danger of increased discrimination should be of much greater concern to this committee than the remote possibility of someone coming back from Syria and blowing themselves up on Lambton Quay.

On behalf of the Green Party I opposed the “national security” provision in the 2005 Passports Act legislation, and I oppose today the extension of the time period for the cancellation of passport to three years.

Back in 2011, I also opposed, on behalf of the Green Party, the Video Camera Surveillance Bill, giving the Police powers this new Bill wants now to give to the SIS.  That earlier 2011 Bill was also deemed to so urgent that the Select Committee was only given a few days to deal with it.  It was also deemed to be a interim bill, pending the passing of the Search and Surveillance Bill. Of course, the government never bothered to prove, on the basis of subsequent court cases, why the Video Camera Surveillance Bill was so urgently needed.  I’d hazard a guess that this Bill will also not be subject to any after the fact scrutiny as to whether it was really needed so urgently.

It is bad enough that the Police already have the right, under the Search and Surveillance Bil, to put a covert video camera in a person’s living room or office.

That is the most intrusive state surveillance breach of our privacy possible.  It is even worse when that power is extended to the SIS, because that is a less public and therefore less accountable institution of state.

It will be able to use this power generally, not just to keep an eye on potential terrorists, but also for spying on people who are not criminals but who the government of the day thinks have wrong political views. I experienced this myself.  My own SIS file covers 51 years of SIS spying on me, from 1955 to 2006, even though the file shows no indication of criminal behavior and I have no criminal record.  The voluminous file shows their concern was my criticisms of the New Zealand government’s foreign policy.  Today they will be tracking many law-abiding Muslims who are strong critics of American and New Zealand foreign policy towards the Middle East, on the rationalisation that they might become jihadis.

To finish on the same note as where I started.  There is not the demonstrated threat to New Zealanders which would justify such an intrusive SIS surveillance power as the right to secretly insert a video camera in such private spaces as your living room, backyard or office.  It is a chilling power because it creates fear and suspicion in the community, particularly when the people who this power is used against may never be allowed to find out, even when it affects there future prospects, perhaps in terms of civil service jobs.

I hope this committee will reject this legislation, and at the very least recommend a longer period of consideration.  A week’s consideration is farcical when dealing with such important matters.