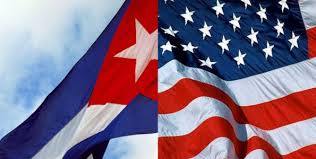 On 19 October 1960 the United States banned exports to Cuba. The embargo had nothing to do with advancing democracy (the Fidelistas had recently overthrown the Batista dictatorship). It was all to do with the Castro government having the cheek to nationalize some US firms that had dominated the Cuban economy.

It has taken nearly 55 years for a US president to see the light,and begin to dismantle the trade and travel restrictions.

Some of the embargo provisions now being loosened show just how extreme it was. For example, not only were US tourists banned from going to Cuba, but even human rights and humanitarian workers had to get special waivers from the State Department, on a case-by-case basis, if they wanted to visit Cuba.

In 1996 the Helms-Burton Act imposed penalties of companies from other nations that traded with Cuba. Being told by the US what they could or could not do was one of the reasons almost every other nation opposed the economic blockade and voted against it at the UN General Assemby. In General Assembly votes (held annually) the maximum number of countries opposing such resolutions has been four, always including the US and Israel, and sometimes including Palau or the Marshall Islands. The US has looked very stupid.

The US defining Cuba as a terrorist-promoting state was also rather weird when there was no factual basis to it, and the US had over the years fostered terrorism in Cuba, including attempting to assassinate Fidel Castro. Presumably, following a planned State Department “review” of the terrorist designation, it will disappear.

Lifting the economic blockade substantively might be difficult with a resolution required in a now Republican-dominated Congress, but there are positive signs from some Republicans, like Senator Rand Paul. No friend of Cuba,

Paul believes the embargo has been counter-productive

. He now wants America to “unleash a trade tsunami that washes the Castros once and for all into the sea”.

Paul might find the Cuban revolution is not that easily submerged, but it is true that there will be wobbles as Cuba adjusts to the new economic reality. One currently tricky problem to resolve is the inequality produced by having two currencies, the ordinary peso (which locals use) and the internationally convertible peso – or CUC – (which tourists use and is worth around 24 ordinary pesos) . Cubans with access to US dollars (perhaps through remittances) or to CUCs (from tourists) have a big economic advantage over other Cubans.

Better Cuba/US relations will be good for human rights in both countries. American citizens will regain their right to travel freely. And Cuban citizens will be able to converse in a more relaxed atmosphere – and probably have better internet access, partly as a result of the technological improvements which will come from freer trade.  A prisoner exchange including Obama’s release of the

(imprisoned for years in the US for keeping an eye on hostile Cuban exiles) has also improved the climate for dialogue between people of both nations.

In one area American can learn a lot from Cuba, and that is in the provision of medical services to those in need, both at home and abroad. Cuba is the world leader in medical internationalism.

neatly summarises the huge contribution Cuba makes, most recently to combat Ebola. They promised 461 doctors and nurses to West Africa and most of those are already working there. There are now 50,000 Cuban doctors and nurses working in 60 developing countries.