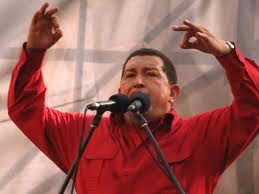 John Key’s decision not to go to Hugo Chavez’s funeral on Friday (Latin American time) is a mind-boggling political blunder.

If “strengthening ties with Latin America” was Key’s mission, he would attend the funeral – alongside virtually every head of state in Latin America.

It is not as if John doesn’t have the time and opportunity. Chile’s president Sebastian Pinera, who was supposed to be hosting him on Friday, has postponed the meeting because he’ll be at the Chavez funeral.

President Pinera’s advisors might also have told Key’s people: “Seeing your Prime Minister is already in Latin America, why doesn’t he also go to the funeral. He’ll learn something about Latin America and why even a conservative president like Pinera appreciates what the Venezuelan president did for his people and how Chavez has been part of a continental re-awakening that we all benefit from. Being at the funeral is the best way you can show respect for the Latin American people and their aspirations.”

With almost willful blindness to the significance of the Chavez funeral for all Latin America, Key has given a lame excuse for his non-attendance, that

“we haven’t had a political relationship of any great note with Venezuela.”

That might carry more weight if Key was in New Zealand. But today he is visiting the country next door to Venezuela, – Colombia – on a goodwill tour of Latin America.

More likely, Mr Key’s diplomatic judgement is being clouded by years of bitter US condemnation of Chavez, and Key might think he would be letting Washington down if the attended the funeral.

Hugo Chavez’s big crime, to George Bush, Barack Obama and John Key, was to take radical measures to reduce the gap between rich and poor in his country – sometimes at the expense of powerful multinational companies. The outpouring of grief at Chavez’s passing – in Venezuela and across Latin America – is because the poor and dispossessed people really knew he was on their side. John Key is a different politician, which is perhaps why he can’t really comprehend the reverberations throughout Latin America this week following the death of Hugo Chavez.