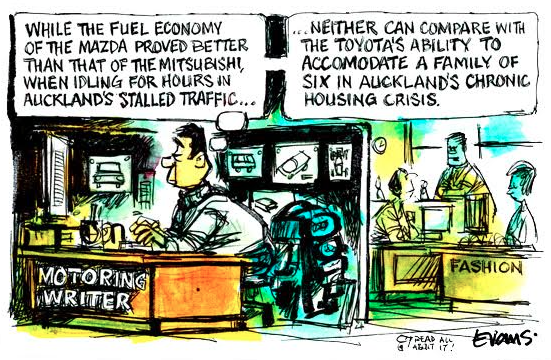 Labour and the Greens should not be scared to support

for policies to bring down Auckland house prices by 40%. We don’t need to support all his policy suggestions. But let’s recognise that a 40% drop would only bring the Auckland median house price (now around $820,000) down to what it was four years ago ($495,000). Why not aim for that?

Politicians lose trust when they complain about a rapid rise in house prices and then are too scared to publicly support them coming down a lot.

In any case, most New Zealanders support a big fall in Auckland house prices. Most Kiwis have Auckland friends and relatives who are paying high rents and can’t see how they will ever get on the housing ladder, with median house prices

.  Most Kiwis know that a drop in  Auckland house prices  would be beneficial to their Auckland-based friends and family members.

It’s true that a small percentage of Aucklanders who bought between 2012 and 2016 would lose money.

For the 40% of those who are investors it would be a gamble they lost. In the investment game, be it the property market or the share market, there are always winners and losers.

Those who already had an Auckland home and traded it for another between 2012 and 2016 wouldn’t have lost much. They would have been selling and buying in the same market.

The big losers would be those first home buyers who purchased their property near the price peak.

For more stable Auckland homeowners, still living in the same property now as they were four years ago, a 40% drop in house prices would be of little real consequence. On paper they might have gained and lost money over the four years but in practice nothing has changed in their residential life. I am in that category myself. I might be technically richer now, but I can’t sell up and move to a “better” place in Auckland because prices have gone up across the city.

Labour is getting some good housing policies, and the Green ones are even better: they include a much needed capital gains tax. But the housing policies of both parties would gain more credibility if they said openly that their aim was to substantially reduce median house prices, particularly in Auckland.