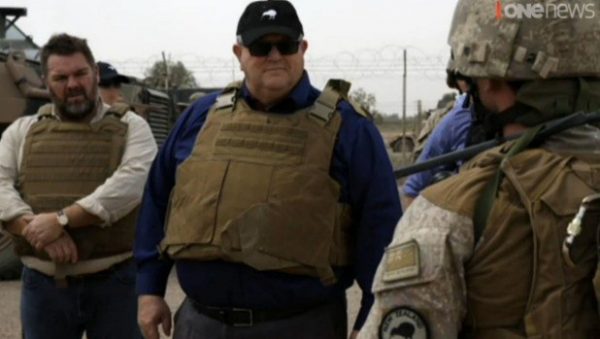 In twelve days Gerry Brownlee has shown why he should never have been appointed Foreign Minister.

as having “evil intent”

, echoing George W. Bush’s declaration in 2002 that North Korea was part of an “axis of evil” with Iraq and Iran. The following year, true to his rhetoric, Bush ordered the invasion of Iraq, with disastrous consequences. If we truly want a negotiated settlement to the Korean standoff then describing the North Korean regime as “evil” doesn’t help. “Evil” isn’t a political term and should never be part of a diplomat’s lexican.

Yesterday Brownlee put his foot in it again, on another hot issue. Pulling the rug from under his predecessor Murray McCully (

not to mention Prime Minister English

last December’s Security Council resolution on Israel/Palestine (which New Zealand co-sponsored). Brownlee argued, nonsensically, the resolution was premature because the “parties” (read Israel) had yet “to accept what’s in it.” Brownlee had it back to front. Surely, if Israel had already agreed to stop building new settlements on the West Bank there wouldn’t be the need for reference to it in a Security Council resolution.

, before he left for Australia to meet Foreign Minister Julie Bishop, that he didn’t believe he could get her government to grant an exemption for New Zealanders from the announced tertiary education fee rise for foreigners. Having conceded defeat before he started, Brownlee predictably got nowhere in his discussions with Bishop. In fact, he doesn’t even seem to have tried to shift the Australians, later describing the tet a tet as

. In a press conference afterwards

he even helped Bishop justify the anti-Kiwi measure

“Sometimes in our two countries we forget that we are separate governments and that we do have responsibilities to our separate populations,” said Brownlee.

That’s three strikes against Gerry Brownlee in twelve days. He should now get out.

I never thought I would look back at Murray McCully’s time as Foreign Minister with any fondness. But the way Gerry Brownlee is going I’m tempted to say, “Come back Murray!”