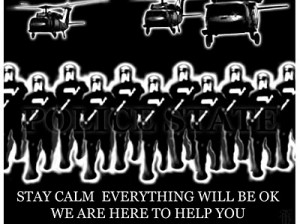 Cyberbullying has been in the news this week following the suicide of celebrity Charlotte Dawson. The government is attempting to address cyberbullying in the

, but this action is compromised by the Government Communications Security Bureau’s complicity in the most nasty forms of cyberbullying.

“The Art of Deception: Training for a New Generation of Online Covert Operations”

One way the GCHQ seeks to “discredit a target” is to “email/text their colleagues, neighbours, friends etc”. However, under our government’s Digital Harm Communications Bill it is an offence to post “a digital communication with the intention that it cause harm to the victim.” A sentence of three months prison is provided.

The Digital Harm Communications Bill also amends the Harrassment Act 1997 extends the definition of harassment (punishable by two years jail) to include: “where offensive material about a person is placed in any electronic media and remains there for a protracted period.” The GCHQ actions, such as “to write a blog purporting to be one of their victims”, to “post negative information on appropriate forums” and to “change their photos on social networking sites” would appear to fit this definition.

While the GCHQ Power Point proposals do not go to the extreme of inciting people towards suicide (another crime elaborated in the Digital Harm Communications Bill) the GCHQ does try to induce psychological trauma. One slide, “Gambits for Deception”, advocates creating “cognitive”, “physiological” and “affective” stress, and then exploiting it. On altering a photo on a target’s social networking site, the GCHQ comments that it

“can take ‘paranoia’ to a whole new level.”

Even if it is not directly involved in these dirty tricks (and we don’t know whether it is), our GCSB would be complicit in the law breaking involved because it knows what the British GCHQ is doing and because the GCHQ would be conducting these operations, in some cases, against New Zealanders. There is no indication in any of the documents that ordinary New Zealanders are excluded from targeting by other Fives Eyes governments, even though there seems to be a Five Eyes arrangement not to spy on each other’s governments. Much of the information collected by the Fives Eyes clearly catches New Zealanders, such the NSA monitoring of

, and the GCHQ harvesting of

Illegal dirty tricks, such as those described above, are not legitimised by the GCSB Act or any other New Zealand legislation. More questions need to be asked.