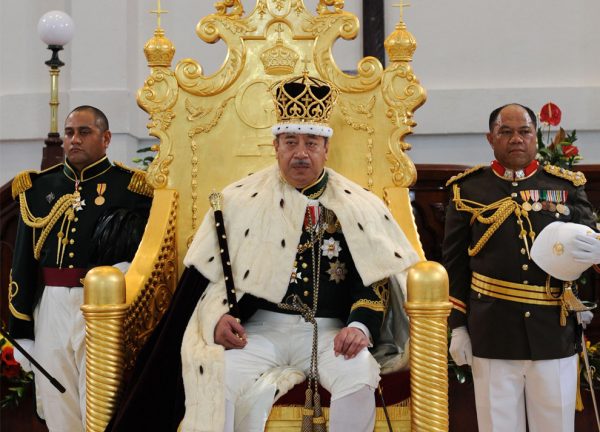 Tongan politics are so poorly reported in New Zealand that it is hard to judge the actions of the various players in the latest political crisis.

However, we should be concerned that the monarch, King Tupou VI, has sacked the elected government headed by Akilisi Pohiva, an advocate of greater democracy.

The latest move shows that Tonga has a way to go before its Parliament is truly sovereign. The King has the power to dissolve Parliament, without giving a reason, and the reigning monarch can count on the support of most of the nobles, who automatically get nine of the seats in the 26-strong Parliament.

One of the nobles, Lord Tu’ivakano (who is also Speaker) went to the King

complaining that the Pohiva government

was trying to remove the King’s power to endorse or reject legislation.

The Speaker cited the government’s signing of the UN Convention to End Discrimination Against Women (CEDAW), without the consent of the King.  Moral conservative forces have targeted CEDAW and it still hasn’t made it through the final parliamentary ratification process.

Lord Tu’ivakano also complained about a Bill to transfer from the King to the Cabinet the right to appoint the Police Commissioner and the Attorney General.

The Speaker also criticised the government’s imposition of certain levies and taxes. Clearly, Lord Tu’ivakano and his allies couldn’t get their way through the parliamentary process, so they got the King to dismiss Parliament.

Of course, in Tonga’s fledgling democracy there are a lot of political cross-currents, as well as criticisms, rightly or wrongly, of the performance of the Pohiva government. I am not in a position to judge all that.

But New Zealand friends of Tonga should support any moves towards a more democratic constitutional framework, like ours, where the monarch cannot just veto legislation or arbitrarily sack a government.   And where the entire Parliament is democratically elected.