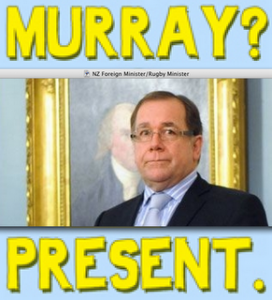 The National government claims to uphold the rule of law, but maintains a deafening silence about its complete abrogation at the US military base at Guantanamo.

Only a few of the 166 prisoners there will ever be brought to trial, mainly those believed to be connected to the September 11 attacks. Most of the detainees have either been cleared for release (but not released] or told they are to be detained without trial indefinitely as terrorist suspects. Many have been detained for years and horribly mistreated. One such is British resident Shaker Aamer, who was detained in February 2002, cleared for release five years ago, but is still in harsh detention.

It is no wonder that

is among the hundred or so prisoners who, as a last resort, began a hunger strike 103 days ago. Some are being roughly force-fed, a practice described by top UN human rights officials as

. These same officials, who issued a statement through the UN Human Rights Commissioner office, say that the continuing detention of these men is “a flagrant violation of international human rights standards.”

This week our Foreign Minister will be meeting the US Secretary of State in Washington, but I suspect Mr McCully will be more interested in photo-ops than pressing John Kerry over the travesty of justice at Guantanamo.

If Mr McCully does get a backbone on this issue, here are some “talking points” for his tete a tete. Remind Mr Kerry that Barack Obama promised five years ago to close the Guantanamo prison, and that he does have the administrative power to do this and to instruct that the prisoners be either charged or let go. Suggest that the US starts talking to the hunger strikers about their demands and offers some concessions. One thing that would help is the release of a few prisoners. One of the prisoners’ defence counsel,

says that this “would bring some added element of hope to their plight”. Mr McCully could offer New Zealand’s help here. Why don’t we take in a few of the 86 detainees already cleared for release by the US military,

as already suggested by Amnesty International

? That would be a great humanitarian gesture and improve our international reputation. 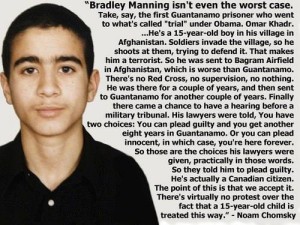