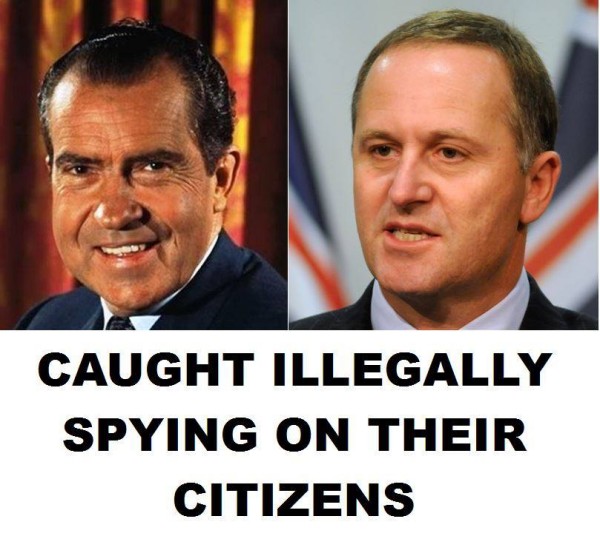 Parliament is debating a Bill extending the powers of the GCSB when its members are not aware of the extent to which it already breaches our privacy.

) gives us an insight into the huge reach of the NSA into lives of everyone on the planet –  and the help provided by our GCSB.

In the NSA’s XKeyscore document –

The Waihopai-sourced phone data joins the billions of bits of phone, email and internet search metadata collected and stored by the NSA for later searching. Greenwald mentions an NSA report, which said that in 2007 1-2 billion such metadata records were added to the NSA’s database each day.

The massive privacy implications for New Zealanders of XKeyscore have been hidden from us by successive New Zealand governments. The main XKeyscore presentation published by the Guardian yesterday is dated 25 February 2008 and the notation on the top – “Top Secret/Comint/Rel to USA, AUS, CAN, GBR, NZL” – presumably means it was made available to the GCSB. Presumably that also means the then Labour government knew about it.

We need to know whether the GCSB can search the XKeyscore data base with the same ease as could an NSA-authorised analyist like Edward Snowden. If so our privacy is seriously endangered. The GCSB, like the NSA, is not supposed to spy on its own citizens, but as Greenwald points out, “XKeyscore provides the technological capability, if not the legal authority, to target even US persons for extensive electronic surveillance without a warrant provided that some identifying information, such as their email or IP address, is known to the analyist.” That situation might apply here, particular as the GCSB doesn’t have particularly good oversight systems. In any case, under the GCSB’s existing mandate if a New Zealander is phoning or emailing people overseas, their aggregated metadata (including internet searches) might be judged as “foreign intelligence” and thus legal for spying via the XKeyscore search tools.

Think of the NSA and the GCSB if you are using Facebook today. One of the NSA slides is headed “Facebook Chat V4 Appid Example” and explains how easily the analyst can monitor you by entering into an NSA screen your Facebook user name and a date range. Is the GCSB checking Facebook too?  We don’t know that, but we do know that the GCSB received that NSA Facebook document referred to, because “NZL” is notated on the top. There are plenty of questions yet to be asked of our government.